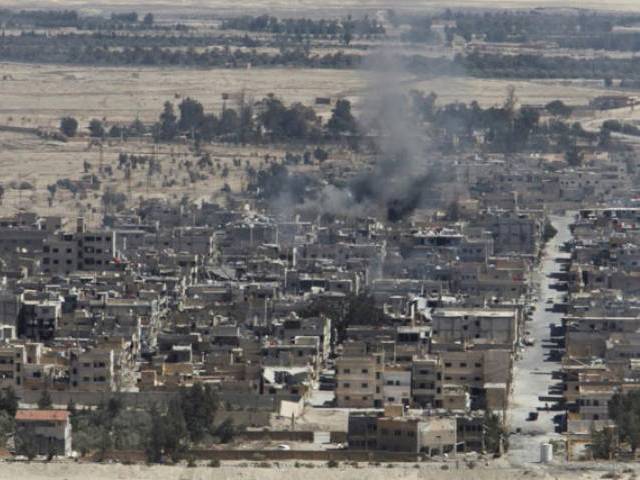 DAMASCUS: The Syrian army has found a mass grave containing the bodies of 42 civilians and soldiers executed by the Islamic State extremist group in Palmyra, a military source said Saturday.

Islamic State number two killed in US raid in Syria

The military on Friday “uncovered a mass grave of officers, soldiers, members of the popular committees (pro-regime militia) and their relatives,” the source told AFP.

He said that 24 of the victims were civilians, including three children.

“They were executed either by beheading or by shooting,” the source said.

The bodies have been transferred to a military hospital in the provincial capital Homs and some have been identified, he added.

On Sunday the Syrian army, backed by Russian forces, recaptured Palmyra and its UNESCO-listed ruins, which IS had overrun in May 2015.

During their nearly 10-month occupation of Palmyra, the jihadists executed at least 280 people, according to the Syrian Observatory for Human Rights, a Britain-based monitor which confirmed the discovery of the mass grave.