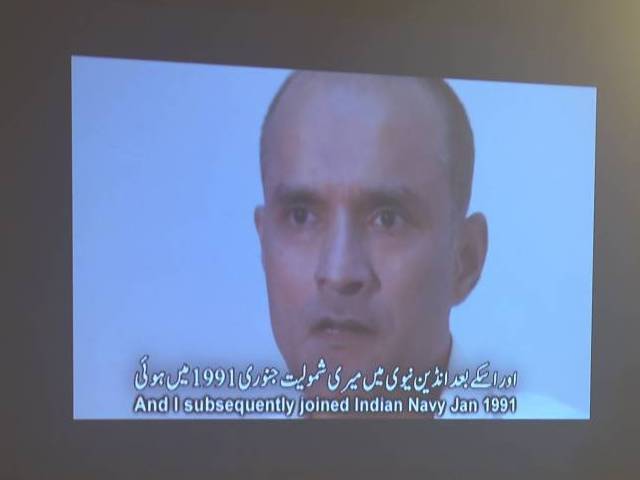 New Delhi has dismissed as ‘baseless’ revelations made by Indian spy Kulbhushan Yadav in a confessional video on Tuesday.

“We have seen a video released by Pakistani authorities of a former Indian naval officer, doing business in Iran, who is in Pakistani custody under unexplained circumstances,” India’s External Affairs Ministry said in a statement, the Indian Express reported. “The video has this individual making statements which have no basis in fact.”
The confession, the ministry said, had been forcibly extracted and dictated.  “That the individual claims to make the statements of his own free will not only challenges credulity but clearly indicates tutoring,” it added.

Yadav revealed in the video that India’s Research and Analysis Wing (RAW) has been carrying out subversive activities in Karachi and Balochistan.

Later, Indian Minister of State for Home Kiren Rijiju called the video fake and an attempt to defame India, Times of India reported.

“The MEA (Ministry of External Affairs) has already come out with a statement regarding the forged, doctored video and the made-up story being created by the Pakistani establishment,” he said.

He added that such videos were only attempts at defaming India. “Doctored videos made by Pakistan will have no effect on international platforms. They are cooking up stories and doctoring videos to defame India,” Rijiju added.

While officially India is in denial, senior intelligence officers revealed that Yadav had “become a bit complacent” which ultimately led to his arrest.

According to the Ahmedabad Mirror, the officials said that after 14 years of working in the region, Yadav had dropped his guard and started speaking in his native Marathi Manoos accent while communicating with his family.

“It is suspected that his phone was on surveillance by the Pakistani agencies and those who were monitoring his communications found something amiss and out of character as Yadav is alleged to be operating under the cover of a Muslim businessman.”

A passport found with Yadav listed his name as Hussain Mubarak Patel – a Muslim businessman hailing from the Patel community and born in Sangli, Maharashtra. Officials believe Yadav’s “extreme familiarity and comfort level in the language” while speaking to his family betrayed his cover.

They further believe that Yadav has been in Pakistan’s custody for a while since he last contacted his family in February.

Indian intelligence agencies believe Yadav was abducted by militant group Jaishul Adil near the Iran-Pakistan border, India Today reported. Jaishul Adil is an al Qaeda-linked group which has claimed responsibility for attacks on Iranian border guards and for attacks on Shia pilgrims travelling through the border region.