For long The Empero­r of Hindu Hearts consci­ously desist­ed from naming and shamin­g
By Saad Saud
Published: March 30, 2016
Tweet Email 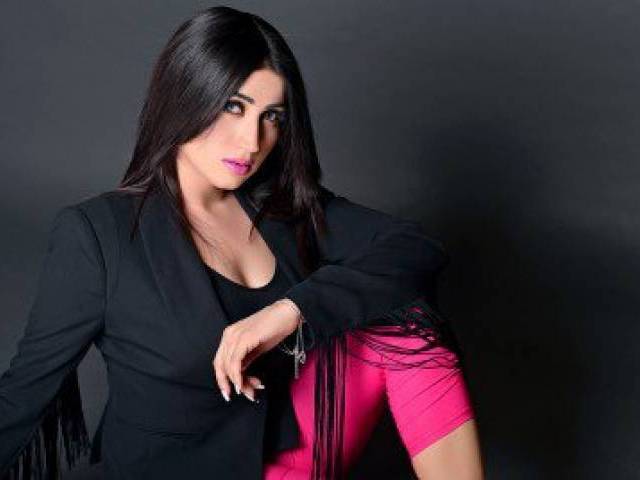 For long The Emperor of Hindu Hearts consciously desisted from naming and shaming.

Aqalmand key liye ishaara kaafi hota hai. However, exceptions need to be made at times. Especially when a spade ought to be called a spade. And first up is who else but Pakistan’s very own Qandeel Baloch. Yours truly had been bereft of the privilege of witnessing the damsel in distress’s antics till a scintillating ‘teaser’ was proliferated across social media. Managing to wrest the limelight from an India-Pakistan cricket match — and how — is no small feat. Miss Baloch, please take a bow.

Unapologetic, indomitable and vivacious. With her antics, QB has secured a place in the exhaustive list of Pakistan’s “other women.” Aur toh aur her disarming diction — replete with gems like — “public city” and “perposul.”

Just between you, me and the four walls though, these Pakistanis are such simpletons. All it takes is a tease to arouse their ghairat. Wonder where this godforsaken ghairat was while Bacha Khan languished in prison, 90,000 lion hearts laid down their arms in Dacca and its leading “scientist” had his hands full with trading state secrets for pots of greenbacks.

In other news, a certain soldier turned president turned patient turned exile turned messiah has bid adieu to Pakistan for good. God bless the Pakistan Muslim League-Nawaz (PML-N). No point in kicking a dead horse. How hale and hearty does he look though, fine cigar in tow?

What a pathetic sight it is to witness the Pakistan Peoples Party staging nationwide, I mean, Sindh-wide, protests against Musharraf’s departure in a dismal attempt to revive its flagging fortunes. When in office, present a guard of honour.

Once out, cry foul. Weisay, just between you, me and the four walls, was not Zulfikar Ali Bhutto the protégé of a man famously remembered for musing that democracy did not flourish in warm climates? Kehte hein once bitten twice shy but him toh naa tabahi. Hoodwinked Mujibur Rahman, prevailed on Yahya Khan and voila. A vivisected Pakistan with Raja Dahir at the helm of affairs.

Separately, highlight of the fortnight: Shafqat Amanat Ali doing to the Pakistani national anthem at Eden Gardens what Indians do to English.