Top court left it up to the govt to strike Mushar­raf’s name from ECL
By Azam Khan
Published: March 28, 2016
Tweet Email 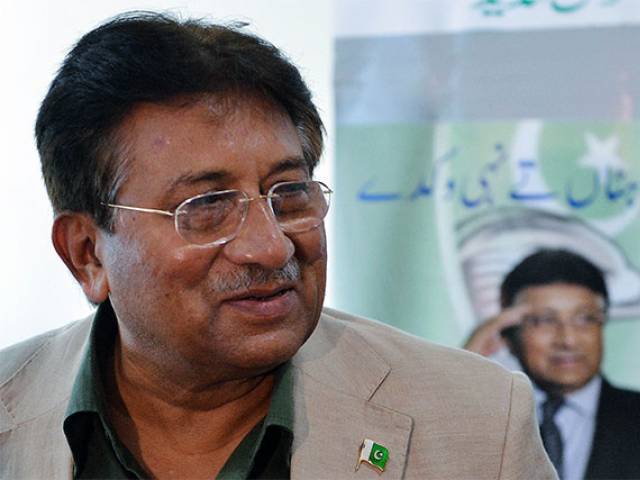 ISLAMABAD: Top legal experts of the Pakistan Tehreek-e-Insaf (PTI) on Sunday hit out at the federal government for allowing former president General (retd) Pervez Musharraf to leave the country.

“The government is trying to mislead the entire nation through false statements,” claimed PTI’s chief legal adviser Hamid Khan as he told party leaders that the federal government had misinterpreted the apex court’s verdict.

Musharraf flew to Dubai on March 18 after the federal government removed his name from the Exit Control List (ECL) following a Supreme Court order. The former strongman, who is implicated in a treason trial, had sought permission to travel abroad to seek treatment which is not available in Pakistan.

“It is very painful that they (the government) did not take a stand,” Khan told the The Express Tribune, arguing that the SC order left it to the government for taking a decision on striking Musharraf’s name off the ECL. “It was total surrender.”

Khan also contradicted Interior Minister Chaudhry Nisar Ali Khan’s statement that the senior lawyer did not appear in the case despite repeated reminders.

“The Supreme Court did not allow anyone to become a party in this particular case except for the federation,” he said. “It is a misleading statement from the interior minister that the PTI did not follow the treason trial proceedings.”

Further, Khan said that he was representing former Rawalpindi district bar president Advocate Taufiq Asif on a petition seeking a treason trial against Musharraf. Khan added that the court did not allow him to appear in the case where Musharraf sought permission for travelling abroad.

Meanwhile, Asif said that the apex court did not inform him before deciding the case. He said that the Supreme Court had allowed him to become a party in the special court which is hearing the treason case against Musharraf and that he will file a fresh petition to know who was responsible for allowing Musharraf’s name to be taken off the ECL.

A resolution against the government’s security czar is expected to be taken up during the joint sitting of parliament today (Monday).

Opposition parties had on Tuesday moved a resolution against Nisar claiming that his statements in the joint sitting of the upper and lower house of the last week ‘misled and misinformed’ parliament and sought action against him for breaching the privilege of the joint sitting.

The resolution, proposed by leader of the opposition in the Senate Aitzaz Ahsan and signed by 42 opposition lawmakers, was not taken up on Tuesday but is expected to be taken up today.