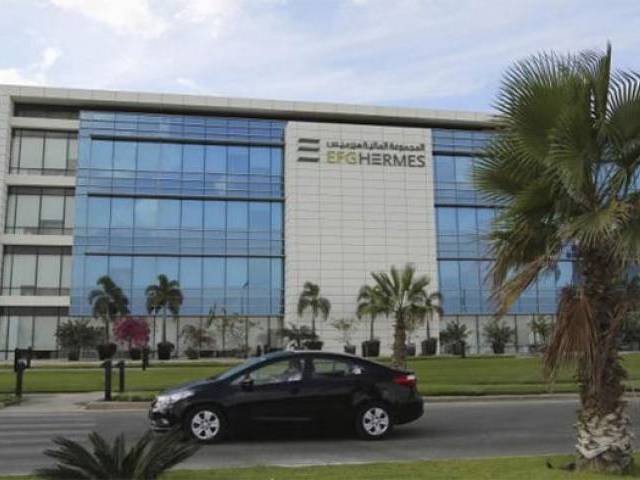 EFG-Hermes wants to acquire up to 51% shares in Invest and Finance Securities (IFS), Bank Alfalah revealed on Friday. PHOTO: REUTERS

KARACHI: One of the largest investment banks operating in the Middle East has shown interest in acquiring a majority stake in Invest and Finance Securities (IFS), a Karachi-based brokerage house.

In a securities filing on Friday, Bank Alfalah said its client EFG-Hermes Holding Company (EFG) wants to acquire up to 51% shares in the Karachi-based securities company.

Speaking to The Express Tribune, IFS Chairman and CEO Muzammil Aslam said the Cairo-based EFG will be the first multinational company to invest in Pakistan’s brokerage industry.

“Global investment banks have done business in Pakistan’s equity market, but EFG will be the first one to actually have its own skin in the game as a majority shareholder of a local brokerage house,” he said.

With paid-up capital of $1.2 billion, EFG is one of the biggest brokerage houses in the Middle East. It operates in Egypt, United Arab Emirates (UAE), Kuwait, Oman, Jordan and Saudi Arabia with indirect access to six more markets through a network of partners. It has managed transactions of mergers and acquisitions amounting to over $53 billion in the last 10 years across the Middle East.

IFS was in the news just a few months ago when its original owners sold the company to a group of six acquirers led by veteran stock market analyst Muzammil Aslam. The group of investors acquired 78% of total paid-up capital of IFS on November 3 at a price of Rs13.67 per share. This translated into a deal that was worth about Rs213.4 million.

CEO Aslam currently owns 18% shareholding in IFS. Along with Chief Operating Officer Asim Ali who owns a 7% stake, the duo currently has management control of IFS. With the rest of the four acquirers, they control 78% shareholding between them. Remaining 22% shares constitute the free float of IFS on the PSX.

If the deal goes through, current shareholders of IFS will sell as much as 65% of their total shareholding to EFG while keeping the rest of 35% stakes. This will enable EFG to have a majority stake (51%) in the company while the current CEO and management will retain their jobs.

The stock price of IFS has risen by almost 150% since its acquisition last November. Its stock price surged 5% on Friday to Rs34.11 per share as soon as investors learned about EFG’s interest in IFS.

The deal should result in foreign direct investment of Rs348.2 million assuming the share purchase agreement takes place at the current stock price.