Sarwat Gilani to work with ‘one of Bollywood’s Khans’

Sarwat Gilani to work with ‘one of Bollywood’s Khans’ 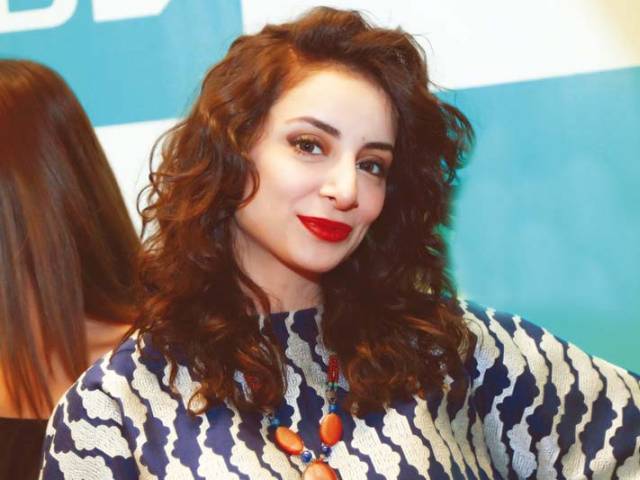 While her professional commitments continue to keep her occupied, on the personal front her hands remain equally tied looking after her son. PHOTO: FILE

Ever since Pakistani divas such as Mahira Khan, Humaima Malick and Mawra Hocane made it big across the border, Bollywood offers have really been the talk of the town in the local entertainment industry.

While Humaima and Mawra might not have been as lucky as Mahira when it came to high-profile co-stars, it seems Jawani Phir Nahi Ani (JPNA) actor Sarwat Gilani is set to become the next Pakistani beauty to work alongside a prominent Khan of Bollywood. Talking to The Express Tribune, Sarwat hinted towards the nature of her Bollywood debut, saying, “It’s going to be a Khan film … I will be working with one of the Khans.” Not willing to divulge more details, she said more will come to the fore when the time is right.

However, this doesn’t mean Bollywood has fully charmed her away from the Pakistani industry. On the TV front, the actor will next be seen in the play, Mohabbat Jeena Chahti Hai. Inspired by late Pakistani poet Parveen Shakir, the drama revolves around the love triangle between characters essayed by Sarwat, Naumaan Ejaz and Mikaal Zulfiqar. About the play, she willingly conceded, “It’s underlying message is the issue of forced marriages.”

Sarwat recently helmed the stage play, Kis Ki Topi Kis Ke Sar, and is on the lookout for a suitable script. “Instead of doing a tragic story, we are interested in more of a comedy play that has also has a serious message,” she maintained. “Sad dialogues passed in between comedy shine best and stay with the audience for longer.”

JPNA was her first film to make it to the theatres and become the highest grossing film in the history of Pakistani cinema. Hailing from a Pukhtun family, Sarwat found no difficulty in playing the role of a Pukhtun woman in the film. “People loved my role because I played it very naturally. I didn’t have to make up the accent because I am familiar with Pukhtun culture to a great extent,” she shared.

Talking about a possible sequel of the film, she said, “The main six cast members will be retained. Some others will be replaced.”

Even though short film Baat Cheet was her first film appearance, she considers JPNA as her official silver screen debut. Drawing parallels between the two experiences, she noted, “Baat Cheet was a 20-minute art film. I personally wasn’t expecting anything from it but it did well internationally.” The film was screened at the 68th Cannes Film Festival. Although JPNA turned out to be a breakthrough project for her, Gilani and her co-stars weren’t expecting it to break Pakistani box office records. “We knew it was a good story but we did not think the movie would do so well, both locally and internationally. And, the fact that it became the highest grossing film in Pakistan was something we were unaware of.”

While her professional commitments continue to keep her occupied, on the personal front her hands remain equally tied looking after her son. On the other hand, interior designing is another area of interest for her and she recently completed work on a few projects, one of them being revamping actor Humayun Saeed’s office. “My son, Rohaan, is my priority now. But, whatever little time I get at home, I paint and design.”