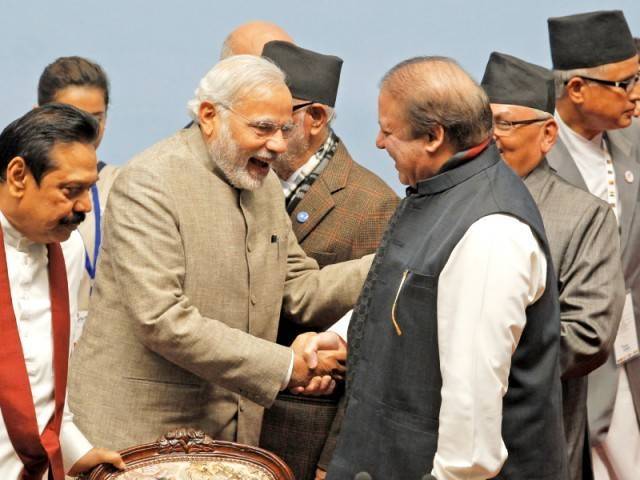 Pakistan has not received a formal proposal from India regarding a meeting between Prime Minister Nawaz Sharif and Narendra Modi in Washington later this month, the Foreign Office has said.

The two leaders are due to attend the fourth Nuclear Security Summit in the US capital on March 31.

However, FO spokesperson Nafees Zakaria, speaking at the weekly press briefing in Islamabad on Thursday, did not rule out a possibility of interaction between the two premiers.

Zakaria said Pakistan’s participation in the summit at the prime-ministerial level depicted the importance the country gave to nuclear security.

Meanwhile, regarding deportation and detention of Pakistani traders at the Moscow airport, the spokesperson said Pakistani embassy in Russia was in contact with Russian authorities.

“We are finding out why these Pakistanis were being deported.”

About Kashmir, the spokesperson said several United Nation Security Council resolutions accepted the Kashmiris’ right to self-determination through a plebiscite, and termed hoisting of Pakistani flags in the occupied region a reflection of this notion.

Meanwhile, the prime minister is “looking forward to have useful exchange of views on bilateral issues with President Barack Obama” during the US visit.

PM Nawaz met the US ambassador David Hale at the Prime Minister’s House earlier on Thursday, said a statement.

Zika outbreak: Pakistani travellers advised to put off trying for a baby during travel