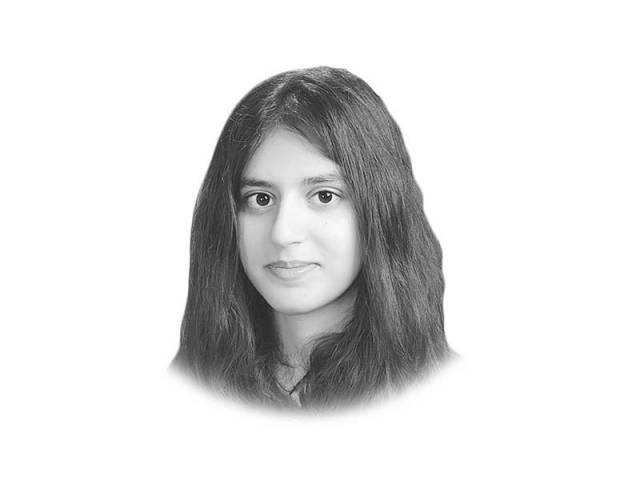 The writer is a student and freelancer. Her areas of interest include social issues and literature.

The word feminist always garners a variety of reactions, a sad majority of them negative. One of the most common responses is, “If you’re lobbying for gender equality, why do you call it feminism?”

Many of these people, I think, just relish reducing a global movement to a question of semantics, but some are genuinely wondering. They often suggest that I call myself a “humanist” instead. The reason I do not call myself a humanist is that humanism is a philosophy that attaches greater importance to human matters as opposed to divine matters. It is not a philosophy I feel very strongly about. I do identify as an egalitarian, because to be a feminist you must be egalitarian. Feminism is simply a branch of egalitarianism that focuses on the promotion of gender equality. So when I say I’m a feminist, egalitarian is already implied.

There are multiple reasons we refer to this branch as feminism. Firstly, although as a feminist I want to dismantle the patriarchy for the benefit of both men and women, one of the impositions of the patriarchy on men is the pressure to conform to some ridiculous ideal of hyper-masculinity. This stems from society’s inherent disdain for traditionally feminine values. So I call myself a feminist because it is feminine characteristics and beliefs that are shamed — and therefore, that need supporting. Secondly, the burden of feminism as a movement has always fallen, for the most part, on women. The term was coined in the 1890s, when women first began an organised struggle for legal and social equality — a fight that continues to this day.

Feminism is a word that is deeply rooted in history. Asking for us to change it is asking us to ignore a huge part of our past. Men can and should be feminists; they can and should be more involved in a struggle for the greater good of both sexes. But historically, they have not been. Historically, women have shaped this movement since it began. We have been involved in the struggle against oppression for a long time, and it has frequently been a violent struggle. The word feminist honours all those who braved that struggle before us, at a time when it was much riskier. Every time we use the word, we’re acknowledging their sacrifice. I’m a feminist because the people behind the suffragette movement were feminists; because bell hooks (Gloria Jean Watkins) was a feminist; because the people who drew attention to the glass ceiling effect were feminists; because what I have now, I owe to feminists.

The patriarchy is damaging to men because a system of oppression can never benefit anyone. But (white) men are not systemically targeted. This is not a matter of debate, this is a fact. So, really, it’s churlish to complain that the movement is called feminism because, not to put too fine a point on it, women have needed a safe space more than men for a long time now.
Lastly, I have never understood why people object to “feminism” being used as an umbrella term when they don’t balk at words like “mankind”. We still often use male pronouns when the gender of the person we’re discussing is unknown. Why is feminism so difficult to accept while these are not? Language is a direct product of our beliefs and ideas, and that society is reacting so viscerally to the word “feminism”, highlights its internalised misogyny. This is not something we can dismiss with an airy “what’s in a name?” Shakespeare will have to forgive us, because in this case, there is something in a name.

Feminism means something in a historical, political and social context, and that we are essentially being bullied into abandoning it by people who are either ignorant of or in denial of its significance, is really a tragedy. Every time someone says, “I support equality but I’m not a feminist”, they are allowing others to invade a sphere that the predecessors of this movement sacrificed much to create. We need to claim that name — we need to say: “I’m a feminist because I’m lobbying for gender equality.”

Does Musharraf’s exit come as a surprise?