Reviews are in: Is 'Kapoor & Sons' worth the hype?

Reviews are in: Is 'Kapoor & Sons' worth the hype? 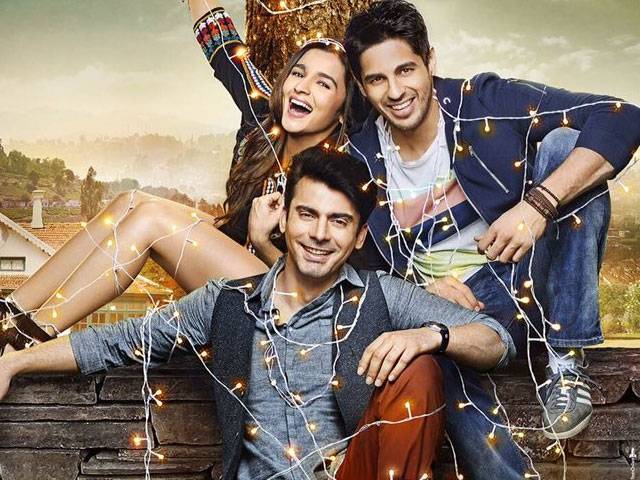 "Fawadakhan unleashes a tsunami of talent in Kapoor and Sons" PHOTO: INDICINE.COM

With Fawad Khan’s Bollywood film Kapoor & Sons finally out, we find out what critics and celebrities have to say about the movie, and not surprisingly, everyone seems to be brimming with praise.

Movie critic Taran Adarsh had nothing but compliments for the film and it’s cast.

Naming it one of Dharma productions’ best films, Adarsh calls the script “watertight,” the storytelling “remarkable” and the editing “crisp.”

Take a bow Shakun Batra. You're a splendid storyteller. KJo and Fox, this one's a sure-shot WINNER. My 4 stars for this one! #KapoorAndSons

Editor of Filmfare, Jitesh Pillai liked the move so much, he watched it twice during its opening weekend.

Loved #KapoorAndSons even more the second time around. What nuanced writing. Self assured direction and superlative performances. Superb!

Producer and actor Dia Mirza had nothing but praise as well.

#KapoorAndSons such a heartwarming, endearing and gentle film ❤️ @shakunbatra

Everyone one in a whole comes a movie that makes you cry and laugh at the magic of the movies! #KapoorAndSons is ur mellow matinee magic

Just saw #KapoorAndSons @_fawadakhan_ you make me proud.. You were faultless in the film.

NDTV‘s  Saibal Chatterjee writes “Kapoor And Sons is intense and incisive in its observation of human inadequacies but is always entertaining.”

“It keeps springing little surprises all the way through, so much so that at times it is hard to believe that this has emerged from the Karan Johar stable.”

Shubhra Gupta from Indian Express gives the movie a surpising two stars, noting, “Fawad plays his straight, and he doesn’t lift off the screen, the way he did in Khubsoorat. Rishi gets some laughs in, but has to struggle against the heavy prosthetics.”

Rohit Vats of Hindustan Times gives the film four stars and writes,”You’ll love it for being spontaneous, precise, fast paced and well…lovable. A fantastic family drama after a long time.”

Times of India Srijana Mitra Das notes “This is a family with its make-up off, screaming through hilarious situations – a sequence involving a plumber is side-splittingly good.”

Alia Bhatt and Ranveer Singh pair up for next film