Foxes manage­r says whatev­er happen­s from here on, he is very happy with this season­
By AFP
Published: March 20, 2016
Tweet Email 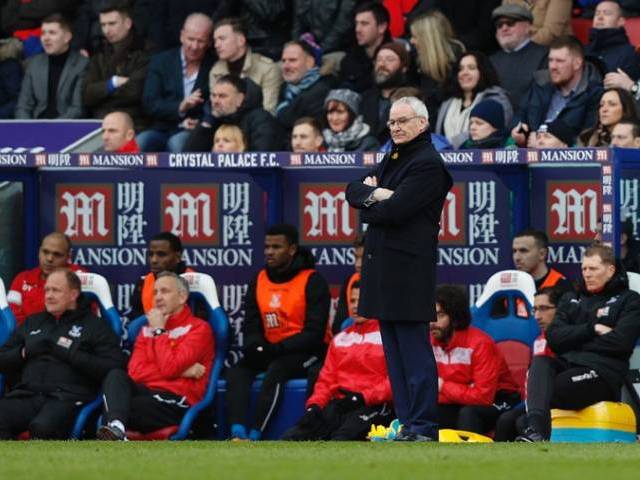 LONDON: Claudio Ranieri has admitted that Leicester City’s Premier League title challenge is in their own hands, but says his side can take nothing for granted despite moving eight points clear.

Leicester’s lead could be cut to five points if Tottenham Hotspur beat Bournemouth on Sunday, but with seven games remaining, the team ranked 5,000-1 outsiders at the start of the season are clear favourites to be crowned champions.

“Everything is in our hands,” Leicester manager Ranieri said. “Nobody is helping us. We have to do our job. If somebody goes over us, then well done and they are the champions. If not, then we are.

“We have seven matches to go. It’s not easy for us. We are Leicester, we are not a team like Manchester United, Manchester City or Chelsea when five points clear would mean it was finished.

“We have to fight for every match. Now we are (qualified for) the Europa League and we are very close to achieving Champions League qualification. That is the truth.”

Leicester — bottom of the table and battling to avoid relegation 12 months ago — tightened their grip on the summit with a 1-0 victory at Crystal Palace on Saturday.

Ranieri believes that his team are benefiting from being the popular choice to be champions.

“A lot of people and fans who are in the race with us say, ‘If we don’t win, I hope Leicester win,'” said the Italian.

“I think this is because people say Leicester play with the heart, with the right spirit, to do something unbelievable.

“But we have to be focused in our job. Sometimes you can say we are on the last turn and on the home straight and now I want to see how my horses run.

“Whatever happens, I am very happy with this season. I remember at the start of the season the goal was save the team.

“Now everybody is behind us pushing us on, not only in England but all around the world. And that is a great energy. We have made a fantastic achievement.”

Ranieri and his players are maintaining their form despite growing pressure as their unexpected challenge moves closer towards delivering success.

And Ranieri added: “Of course, when I win I am very happy, but when we win and we don’t play with this spirit, I am not so happy.

“And when we lost to Arsenal in the last seconds, I was happy because we fought for each other. When I see this spirit I am very calm on the bench.

“I saw the players very focused and very concentrated from the first minute, so I was very calm.”

Riyad Mahrez’s 16th league goal of the season settled the outcome of a game that pushed Palace closer towards the bottom three.

Alan Pardew’s side have failed to win in 13 league games and face a nervous end to the season despite having reached the FA Cup semi-finals.

“We know that we are involved in that (relegation fight), but we have enough in that dressing room to not be involved in it,” said the Palace manager.

“But the bottom line is to get some points quickly because we need to improve. But it was always going to be a difficult job today (Saturday).

“I thought we played a measured game. We had more of a ‘Crystal Palace threat’ in the second half and that is what will get us out of it.”