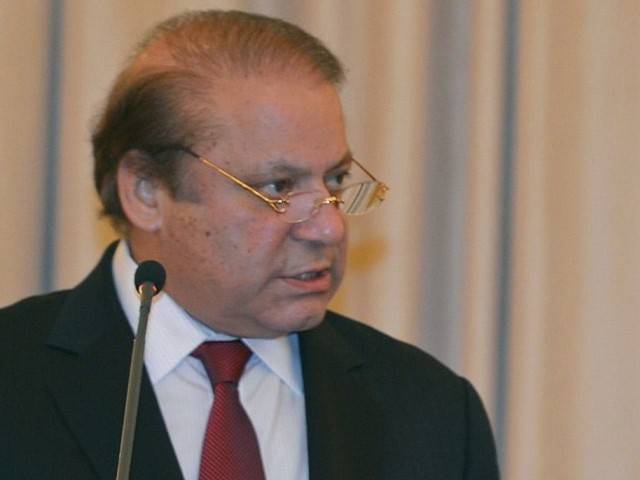 ISLAMABAD: Prime Minister Nawaz Sharif on Friday met with top military leaders to discuss the country’s external and internal security situation. However, according to sources, the meeting also addressed the controversial departure of Pervez Musharraf.

“The military brass appreciated the role played by PM Nawaz and federal ministers for removing the former military dictator’s name from the Exit Control List,” a source in the federal government told The Express Tribune.

Former president Gen (retd) Pervez Musharraf flew to Dubai early Friday for what his lawyers said was an urgent spinal cord related issue after a three-year travel ban was lifted on Thursday.

“I personally pardoned Musharraf,” the premier was quoted as saying regarding the leader who overthrew his government in 1999.

The source credited Interior Minister Chaudhry Nisar as the man who steered the government’s decision to lift the travel ban on Musharraf. “Chaudhry Nisar played an active role.”

“Nisar not only convinced the premier but also ensured the civil, military leadership were on the same page while dealing with the Musharraf case amicably,” he added.

Musharraf free to fly away

“Although there’s much dissent within the ruling party on Musharraf issue but PM Nawaz will handle it,” the source further said.

The PM House confirmed the meeting but did not delve into details. “Prime Minister Nawaz Sharif on Friday chaired a meeting to discuss the external and internal security situation of the country at the PM House in Islamabad,” the statement read.

The meeting was officially convened to discuss the recent bus attack in Peshawar and the progress in the ongoing Operation Zarb-e-Azb, it added.

All officials in attendance condemned the attack on a bus which killed 15 and injured several others. While it was noted that Operation Zarb-e-Azb has made significant gains, the participants reaffirmed their resolve to eradicate terrorism and extremism from the country.

Musharraf boarded an Emirates flight bound for Dubai that departed from Karachi airport at 3.55 am. Musharraf was banned from leaving Pakistan in March 2013 after he returned to the country on an ill-fated mission to contest elections. The former ruler was barred from taking part in the polls and instead faces a barrage of legal cases.

On Thursday, the government agreed to strike Musharraf’s name off the no-fly list. A day earlier, the top court declared the ex-president could travel abroad.

“The government has decided to allow Musharraf to travel abroad for medical treatment. He [Musharraf] has also committed that he will face all cases against him in court,” the interior minister announced on Thursday at a news conference.

Chaudhry Nisar said the government was removing the retired general’s name from the Exit Control List (ECL) under the directives of the Supreme Court.