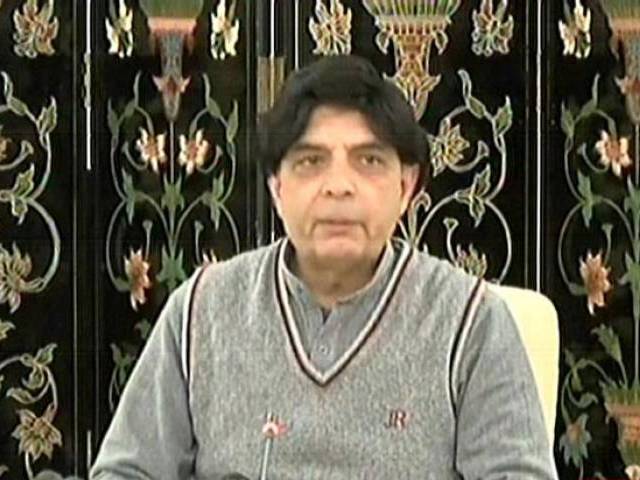 “Today lawyers of General Musharraf filed a proper application and in the light of Supreme Court decision, the government has allowed him to go abroad for medical treatment,” Interior Minister Chaudhry Nisar Ali told a press conference on Thursday.

Nisar said Musharraf’s lawyers had given guarantees that he would return to Pakistan after six weeks and that he would appear in court for ongoing cases against him.

“Omitting the former president’s name is a decision taken by the Supreme Court,” he added.

In the appeal filed in June 2014, the government had requested to suspend the SHC decision, asking the Supreme Court to stop Musharraf from traveling abroad.

On February 25, Pervez Musharraf went to the apex court, seeking one-time permission to go abroad for medical treatment, saying he required a surgery as soon as possible to avoid serious medical complications.

The retired general was banned from leaving the country in 2013 after he returned to Pakistan on an ill-fated mission to contest elections.

In a veiled jibe at Pakistan People’s Party (PPP), Nisar said those who bode farewell to the former military ruler with a guard of honour are now criticising government for its inefficiency on the matter.

“Why didn’t the former government indict Pervez Musharraf during their five years of rule and bring him to justice,” interior minister asked.

Nisar said the government established a transparent system of ECL, omitting more than 50,000 names from the black list and 95,000 those persisting for the last 30 years.

We also negated inclusion of a person’s name on grounds of personal enmity and petty issues, since it is a matter of an individual’s integrity, he added.

Musharraf to leave for Dubai

Meanwhile, Musharraf is expected to leave for Dubai.

According to his ticket reservation, the former president will depart from Pakistan at 3:55am Friday.

Sources in the APML said Musharraf’s doctors in Dubai will decide his next destination for further treatment.

He has been feeling acute back pain for last one week and was taken to hospital twice.

Not easy for women to pursue music in Pakistan: Zoe Viccaji