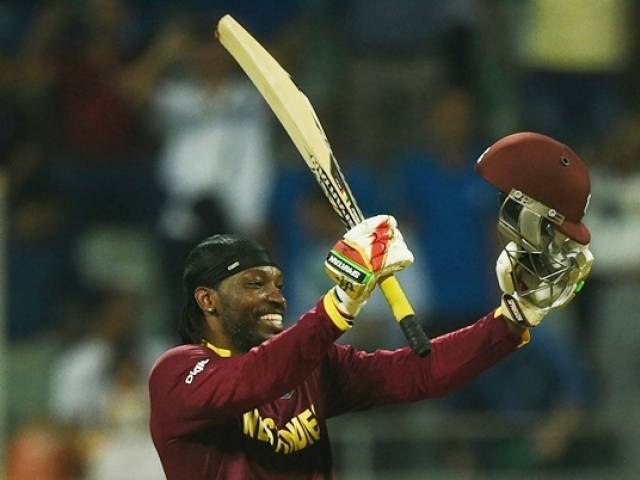 MUMBAI: When the West Indies won their sole World Twenty20 title in 2012 they famously celebrated by performing “Gangnam Style”. If they triumph in India they’ll be dancing to a different tune.

Big-hitting batsman Chris Gayle performed a little jig at Mumbai’s Wankhede Stadium on Wednesday after smashing his way to a 47-ball century that included 11 sixes in the Windies’ win over England.

All-rounder Bravo launched the song, called “Champion”, in Mumbai earlier this week. The lyrics reference various sporting heroes and political icons and includes the line “Everybody knows Gayle is a champion”.

Gayle led his West Indies team-mates in a celebratory “Gangnam Style” dance when they defeated Sri Lanka in a low-scoring final four years ago and few would bet against more dancing following the final on April 3.

The left-hander, nicknamed “Gayle Force” and “Gayle Storm”, hit one monstrous six after another against England as he lit up the sixth edition of the World T20 on Wednesday during his side’s six-wicket triumph.

Simmons said the 36-year-old was up there with West Indies batting great Viv Richards as one of the most destructive batsman in the history of cricket.

“I think the only person in my time I would put him with is Sir Vivian because Viv used to go out and destroy attacks like that too,” he said.