Development budget next year could be less than Rs645b

Development budget next year could be less than Rs645b 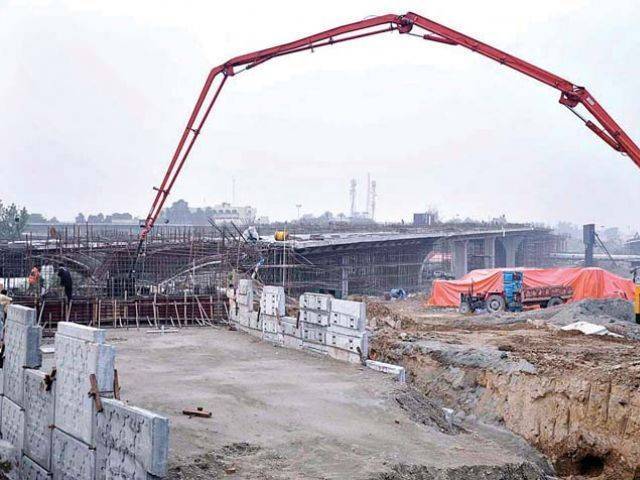 Despite heavy financing needs to complete mega infrastructure and energy projects, the new financial year’s core federal development budget could be less than Rs645 billion, which may adversely affect work on hundreds of ongoing schemes.

Due to limited fiscal space, there is no guarantee that the allocated amount would be fully disbursed, as is the case this fiscal year, sources told The Express Tribune. The actual development expenditure during the first eight months of the ongoing fiscal year was just one-third of the annual allocation against the requirement of 60%.

For the next fiscal year 2016-17 that will begin from July, the Ministry of Finance may increase the size of the Public Sector Development Programme by almost Rs65 billion over and above this year’s approved core PSDP of Rs580 billion, said the sources.

The ‘Indicative Budget Ceiling’ of around Rs645 billion suggests that similar to the previous occasions, political influence and priorities of Prime Minister’s Office would determine which project is given preference due to competing demands.

For the fiscal year 2015-16, Parliament had approved Rs700 billion PSDP. However, out of this, a sum of Rs100 billion has been allocated for ‘Temporarily Displaced Persons’ (TDPs) and security enhancement.

Another Rs20 billion has been allocated for the Prime Minister’s Youth Loan Programme. Technically, this Rs120 billion could not be treated as part of the PSDP but the finance ministry included this into the PSDP to show an inflated figure of development spending.

Moreover, the concept of ‘core PSDP’ has been introduced for the first time, courtesy ‘creative accounting’ measures.

According to sources, the decision over allocations for the TDPs for next year would be made after holding consultative meetings with General Headquarters (GHQ).

In addition to over 1,000 schemes of previous years, the PML-N government has approved hundreds of new schemes; including some very crucial ones like China Pakistan Economic Corridor (CPEC) project. This has increased financing needs, which the government is unable to meet due to limited fiscal space.

The country is currently under the three-year International Monetary Fund (IMF) programme and its budget is decided within the broader parameters set by the Fund. The IMF’s next year’s projections show that in terms of the size of the economy, the development spending will be almost at current fiscal year’s level. For the next fiscal year, the IMF has projected the size of budget deficit at 3.5% of Gross Domestic Product (GDP) – a ceiling that the government is unlikely to accept due to rigidity of current expenditures.

Meanwhile, the Ministry of Finance has massively squeezed the current year’s PSDP spending. Against development spending authorisation of Rs336 billion by the Ministry of Planning, the Finance Ministry allowed less than Rs230 billion in expenses. The expenses so far, standing at about 33% of the annual budget of Rs700 billion, should have been at 60%.

Due to the anticipated savings, the Ministry of Planning has asked the federal ministries to start surrendering excess funds. “The ministries have been asked to surrender additional funds that are expected to remain unutilised and could be channeled for other fast-moving projects,” said Minister for Planning, Development and Reforms Ahsan Iqbal.

He said the ministries had been asked to complete the exercise in three days. Iqbal, on Wednesday, also chaired a meeting aimed at giving policy guidelines to federal ministries and departments for preparing the next fiscal year’s PSDP.

“The government’s top priority is energy and CPEC projects,” he remarked.