The rise of the robots

The rise of the robots 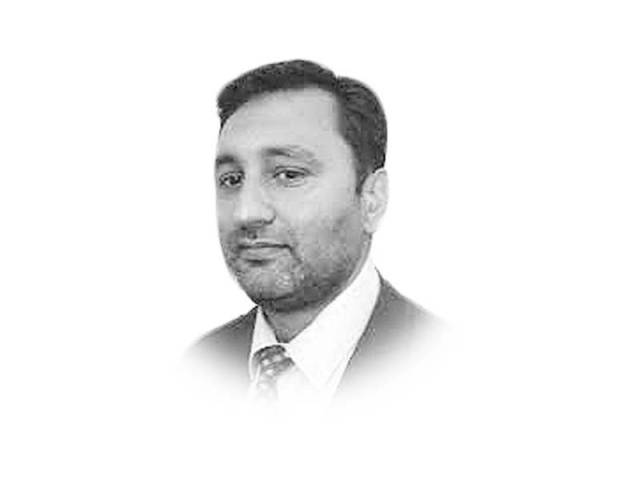 The writer is a doctoral student in Public Policy at University of Delaware, USA and has served as a governance specialist in the Ministry of Finance in the past. He tweets @naveediftikhar1

Seventeenth century Italian scientist, Francesco Lana de Terzi, envisioned a primitive design of aeroplanes, but thought that God would never allow it to happen, due to its potential to damage human society. But it happened and brought opportunities and no doubt, damage as a result of warfare. Similarly, a disruptive technology, Robots, seen in Hollywood science-fiction movies a few decades ago, are now performing simple day-to-day tasks like housekeeping, farming, sales, stores management and complex functions in hospitals, battles and the space and automotive industries. Development of social robotics is also on rise. These carry in-built emotion sensors and artificial cognition to maintain intimate relations.

Now, the European Commission, the USA, Japan, South Korea, China and other developed countries, are investing resources in development and use of next generation robots that can work beside or cooperatively, with human beings.

On the social and economic side, researchers from the Oxford University estimated in 2013, that 47 per cent of US jobs could be replaced by automation and computerisation in two decades. Initially, ordinary production jobs and then through artificial intelligence, performing some of the very creative social and economic functions. Martin Ford, author of Rise of Robots, is of the view that after replacing manufacturing jobs, robots will soon take over some of the white-collar jobs. He has been advocating mechanisms in the form of progressive taxation and redistribution, in order to avoid potential social instability engendered by technological unemployment.

The rise of robots has been proven true with the sales of industrial robots, particularly in the US, South Korea, China and Germany. According to International Federation of Robotics, “In 2014, robot sales increased by 29 per cent, to 229,261 units, by far the highest level ever recorded for one year. Sales of industrial robots to all industries increased compared to 2013.” Their estimates show that sales will increase to 400,000 by 2018. The total stock of operational robotic units in the world reached to the level of 1.5 million in 2014.

In a piece published by the think tank, the Brookings Institute, in March 2016, Christian Bodewig emphasised the need for focusing on cognitive, social and behavioural skills in developed and emerging economies in order to prepare a labour force to compete with robots and artificial intelligence.

What’s important for developing countries, including Pakistan, is to start thinking about the implications of this technology both, for their labour intensive exports and remittances coming from low skilled labour force working in advanced economies.

I often come across encouraging stories in The Express Tribune about young Pakistani tech professionals developing robots, which present a range of opportunities to be part of the capital-intensive global value chain, but it is equally important to deliberate on the potential ramifications of robots when they will be economic enough to enter into our labour market. It may appear too early a debate for Pakistan, but it is nonetheless a timely one due to the sheer number of unemployed youth in the country. Smartphones, drones and communication technologies seemed a distant dream two decades ago, but now they are becoming ubiquitous — even in Pakistan. The purpose here is not to scare one away from technology, but to advocate adaptation.

This challenge is not unique to Pakistan. Indeed, it is being confronted by economies at different levels of development. Many manufacturing and outsourced jobs have started going back to developed economies due to availability of customised robots. In a policy research working paper, published by the World Bank in March 2016, Kaushik Basu has eloquently made a case to address global issues of inequality and labour market upheavals in developed and developing economies in the wake of robots and other technological changes. The paper also highlights the moral and economic benefits of outsourcing through “labour linking” technologies and, unsurprisingly, Indian experience of outsourcing from the US, has been discussed in this regard.

Pakistan has almost missed the opportunity of being part of this information technology and outsourcing value chain. Now is the time to stage a comeback and strengthen research in the field of robotics and at the same time, focus on education and a technical education system, to better equip our future generations. Notably, Pakistan is still struggling with massive labour migration from rural areas to urban centers on the wake of marginal mechanisation in agriculture.

A majority of people were fearful of computers in the 1980s, due to potential job loss, but they have created convenience and opportunities around the world. I think the debate of whether robots will enter the labour force or not, has now changed into a question of who stands to gain or lose in the robotic and automation revolutio” and how best can one develop appropriate technological, economic, social and multilateral responses. The same discourse needs to be adopted in Pakistan: how can our tech industry become part of this global value chain and what we need to do to transform our education and labour market to embrace the challenge of robotics and digitalisation. Another dimension of this debate can include regulatory, fiscal and investment levers, for facilitating our manufacturing sector in adopting to robotics and automation.