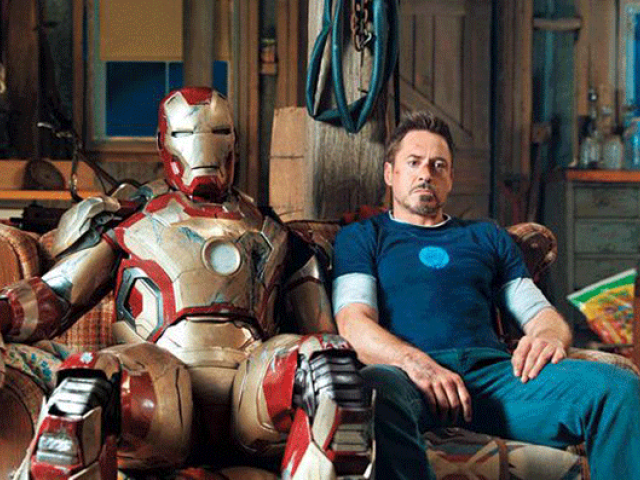 LOS ANGELES: Hollywood star Robert Downey Jr is happy to wear his Iron Man suit again in Captain America: Civil War. The actor says that for him, the forthcoming film is like his “little Iron Man 4” as chances of a fourth instalment based on the American superhero are bleak.

“I don’t think that’s on the cards,” USAtoday.com quoted Downey Jr as saying.

“In a way it’s Captain America three, but for me it’s like my little Iron Man 4 and then it’s back to the thing we all recognise. Everything pulls over to the side of the road when the thunder of an Avengers thing comes through because that’s how it is until it changes… If it changes,” Downey Jr said.

The actor also shared that he is not sure whether he would ever direct a Marvel film.

Downey Jr will be making his comeback as the superhero with the release of Captain America: Civil War. The film also features Chris Evans as Captain America.

And while he and Chris Evans are at odds in the forthcoming film, he promises fans that Tony Stark isn’t going the route of total villain.

He said: “If we’re going to go there, then we’ve got to save it for my swan song. I would still like to keep a general audience and mildly be in their favour somehow.”