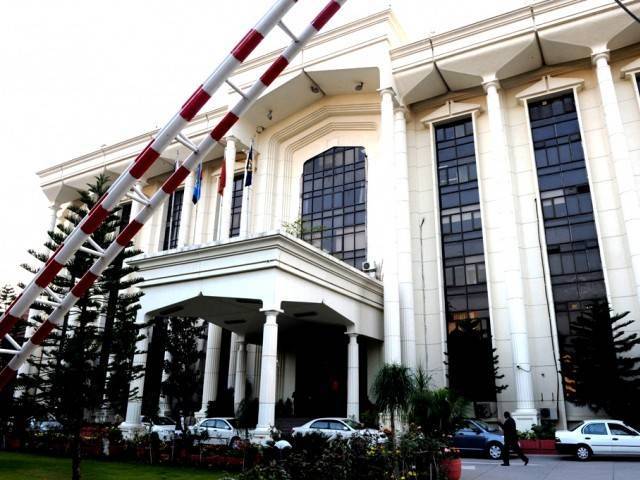 Federal Board of Revenue. PHOTO: AFP

ISLAMABAD: While sparing the entire top management, the taxation authority has blamed hundreds of ‘inefficient and corrupt’ lower-grade officers for its failure to achieve collection targets.

The Federal Board of Revenue (FBR) booked hundreds of its employees for “inefficiency, misconduct and corruption” during the past three years with none of them above the Grade-18 cadre.

A list submitted in the upper house of parliament last week reveals that action was initiated against 241 officers of BSP-17 and BSP-18 in Pakistan Customs service under the Government Servants Rules of 1973 over various charges.

However, the board could only charge three Grade-17 and eight Grade-18 officers for corrupt practices. Seven officers of these grades were booked during 2013-14. Only one officer of Grade-17 was shown the door though forceful retirement. A single Grade-18 officer has been awarded a penalty during the current fiscal.

On the basis of inquiry reports, penalties were imposed on 39 officers while 33 officials were exonerated of charged owing to lack of evidence. Only 12 officers were issued warnings while the cases of remaining 157 officials are still under process.

The FBR’s reply was submitted on the question of Senator Talha Mahmood, a lawmaker of Jamiat Ulema-e-Islam (Fazl) – an ally of the ruling party.

The lawmaker had pointed to an investigation that revealed the FBR management transferred about 450 officers in less than three months. A few, who were sidelined over issues with integrity and weak professional credentials, were appointed on key posts. The changes took place between November 17, 2015 and February 10, 2016 during which the FBR authorities transferred five officers a day on average.

The report states out of 447 officers ranked between Grade 17 and 21 who were transferred, 429 belonged to the Inland Revenue Service that deals with income tax and sales tax.

The FBR spokesperson insisted that changes were necessary and the tax machinery was cognisant of the fact that some positive changes had been made by the previous management during the past two years.

On November 16, the federal government transferred the top brass of the FBR, including its chairman. It then appointed Nisar Mohammad Khan, who comes from the Customs service group, as the new chairman.