WHO goal of eradic­ating the diseas­e by 2011 gettin­g dimmer by the minute.
Published: January 20, 2011
Tweet Email 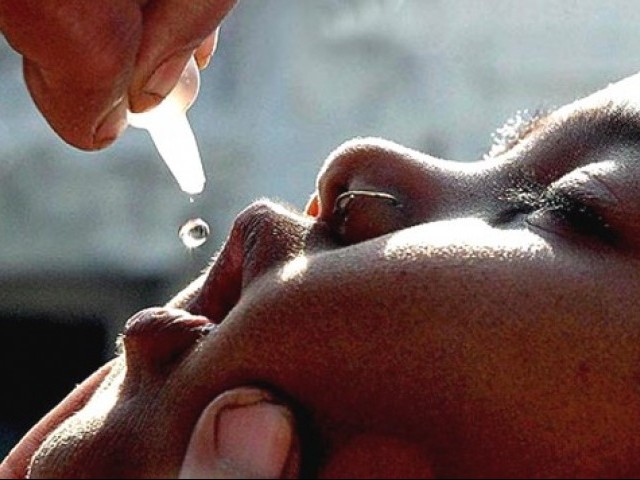 WHO goal of eradicating the disease by 2011 getting dimmer by the minute.

PESHAWAR: Ninety-seven of the 138 new polio cases reported in Pakistan are from the Federally Administered Tribal Areas (Fata) and Khyber-Pakhtunkhwa (K-P). Of these, 73 cases were reported in Fata while 24 in K-P.

Equally disturbing was the fact that 27,000 people refused free immunisation for their children during the recent anti-polio drive in Fata and the plains of Khyber-Pakhtunkhwa, according to K-P Expanded Programme on Immunization Deputy Director Dr Janbaz Afridi. However about 3,000 people were convinced to get their children vaccinated after religious scholars intervened.

Dr Afridi shared this information during a briefing at Peshawar Press Club on Wednesday about K-P’s achievements in the immunisation campaign. The second phase of the campaign will be launched in Abbottabad, Bannu, Battagram, Mansehra, Karak, Lakki Marwat and Haripur from January 31 and will last for three days, he said.

The doctor added that they had launched a campaign against eight fatal diseases, including measles, tuberculosis, diphtheria, whooping cough, and tetanus. The campaign will last until January 27.

He said that more than 1,659 vaccinators and social mobilisers have been deputed under 292 union council supervisors along with 584 outreach teams in seven districts of the province.

More than 870,000 children over the age of six months will be targeted during the week-long measles campaign, whereas pregnant women and infants below the age of two years will be vaccinated against tuberculosis, diphtheria, pertussis, tetanus, and TT diseases.

Dr Janbaz said that the drive had been launched in collaboration with WHO and Unicef across the country and aimed to make the nation free from polio and other preventable diseases.

Pakistan is the only country to record an increase in cases of polio – 138 in 2010, up from 89 in 2009, according to WHO figures. This also makes Pakistan the nation with the highest incidence of polio in the world.

Fierce skirmishes between Pakistani army and Taliban fighters in Fata make many areas too dangerous to visit. The army bans travel to parts of the region, citing security concerns.

The effort to eradicate the disease was affected when a Taliban leader declared the vaccine “un-Islamic” last year. The resulting challenges and complications, some independent doctors and analysts, say will prevent the WHO-backed campaign, which aims to eradicate polio from the country by 2011.