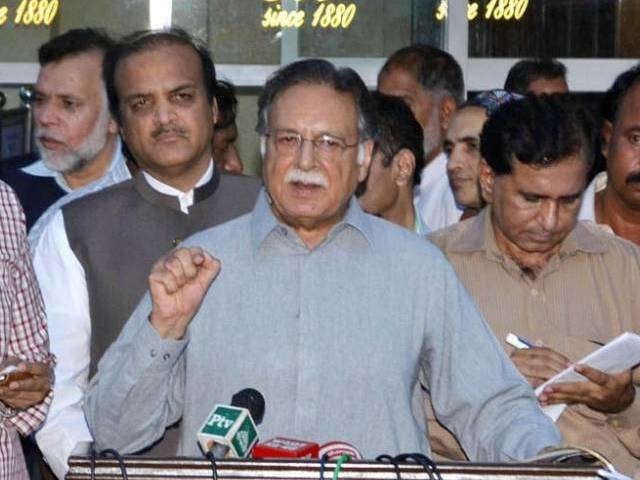 Addressing a workers convention he said the Prime Minister had achieved a lot on various fronts with his political sagacity and vision during his prior tenure. The minister said former Indian Prime Minister Atal Behari Vajpayee had come aboard the bus and accepted Kashmir as a pressing issue which must be resolved. However, the journey to bring back joys to Kashmiris was prolonged due to recklessness of Pervez Musharraf, whose policies pushed back the goal of freedom of Kashmir, he added.

He urged people to stamp the symbol of lion on polling day as Nawaz Sharif is the strongest advocate fighting for cause of Kashmir adding that PM Nawaz firmly raised the Kashmir issue again at the UN General Assembly and that he would fight for their cause at all available forums. The minister said people of AJK loved them and this demands that when they call, we should answer.

The minister further said that Kashmiris had opted for the Pakistani flag as they can be seen everywhere with the flag in their hands and they raised it high even when they had to pay with their blood in Indian Held Kashmir.