The chief minist­er has asked for full deploy­ment of Fronti­er Consta­bulary on border betwee­n settle­d areas and FATA
By Our Correspondent
Published: March 8, 2016
Tweet Email 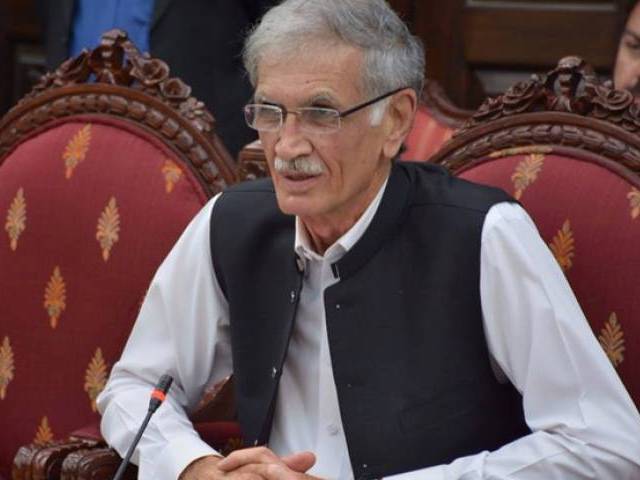 Khyber-Pakhtunkhwa Chief Minister Pervaiz Khattak said on Monday he has written a letter to Interior Minister Chaudhry Nisar to fix the issue of Afghan SIMs working in border areas of Pakistan.

“Afghan SIMs are being used for making extortion calls to people in K-P from Afghanistan,” he said while talking to the media at his office.“The attacker of a businessman recently killed in Peshawar, is in jail in Afghanistan,” he said pointing out the reach of trans-border criminal mafia.

Khattak said he has asked the interior minister to give him time for discussing the issues of Afghan SIMs, mobile phone towers installed close to the border, unchecked border crossings, deployment of Frontier Constabulary between tribal and settled areas and Rangers in Peshawar.

According to the letter sent to the interior minister by Khattak on February 23, the extortionist gangs were operating from across the border and only Islamabad could talk to Kabul to resolve the issue.

“Currently 98% of extortion calls being received are originating from Afghanistan where we neither have any access nor the jurisdiction to operate,” Khattak wrote.

The letter also calls for proper border management at Torkham and other entry points for stopping infiltration. The chief minister has asked for full deployment of Frontier Constabulary on border between settled areas and Fata.

The CM demanded funds for raising 1,000-strong Special Force in K-P along with provision of Rs66.280 billion as special financial package for capacity building of K-P police.

OIC moot: Palestine, Israel living in peace is our goal