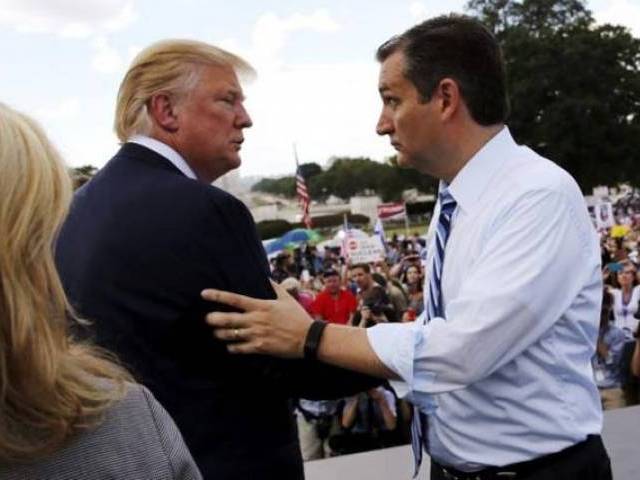 WASHINGTON: US Republican presidential candidates have found a rare moment of levity in yoga, but don’t expect to see them practicing their stretches together anytime soon.

Voters can, however, buy a yoga mat from Ted Cruz.

Cruz tweeted Friday that his campaign website was selling the mats, following a Thursday debate between the four remaining Republican candidates, in which yoga took center stage.

“I am Ted,” Trump shot back, as Cruz taunted him again: “You can do it. You can breathe. I know it’s hard.”

The opportunity was apparently too much to resist for Florida Senator Marco Rubio.

“When they’re done with the yoga, can I answer a question?” he interjected.

Rubio then said of Trump: “He’s very flexible, so you never know.”

Trump, who a few minutes prior was chastised for changing position on major policy issues, had said: “You have to be flexible because you learn you have to show a degree of flexibility.”

The “Cruz 2016 ‘Breathe’ yoga mat,” as the item is called online, is available for $35 alongside caps, coffee mugs and baby clothes for sale on the Texas senator’s campaign website.