Moving forward: Healthcare apps come to the fore in Pakistan

Moving forward: Healthcare apps come to the fore in Pakistan 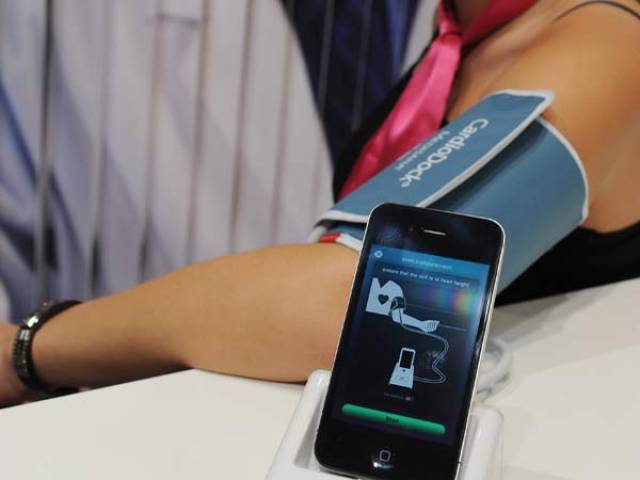 It had been a year since Faraz Shamsi lost a loved one to a heart attack, but the memory was still raw. Perhaps, the cardiac arrest wasn’t as fatal as failure to receive timely treatment was.

Shamsi isn’t the only one who has lost someone due to the absence of information. In a mega city like Karachi, 1,067 people were involved in road accidents in 2014, roughly translating to a person dying every 8 hours.

Desperate to find a solution, which would be applicable in all cities of the country, Pakistani entrepreneurs are chipping in.

“Imagine a person, who lives in Lahore and is visiting Karachi for a few days, falls sick.  What does he do? Mytabeeb.pk’s team asked The Express Tribune.

Shamsi’s experience was not uncommon for those trying to find access to healthcare facilities in a country with a population of 200 million. However, the rapid growth of high-speed internet users has encouraged local entrepreneurs to come up with solutions such as mytabeeb.pk or findmydoctor.pk.

Recently launched healthcare app mytabeeb.pk developed by Seventh Sense and co-founded by Abubaker Siddiq and Faraz Shamsi offers a range of healthcare solutions ranging from locating a nearby hospital or doctor and getting driving directions.

Shamsi was helpless a year ago for his own family but he wants to make sure no one else has to go through a similar ordeal. “Since then he has been working on establishing such a platform that will enable people to easily find a hospital near them.”

Launched in Januray 2016 the app has already crossed 1,000 installs on Play store and boasts an impressive data base covering 3,000 doctors and 60 hospitals in Karachi, Lahore, Islamabad, Rawalpindi and Peshawar.

The start-up is now reaching out to Sialkot, Faisalabad and Multan.

The mobile phone app, which covers 50 categories (specialties), has a comprehensive database of healthcare workers providing their name, qualifications, gender and clinic address along with schedules.

Finding a particular doctor and their timings and practice location is difficult in Pakistan due to absence of such platforms, the developers say. A patient or user, therefore, has to rely on friends and relatives for doctors’ or hospitals’ contact information. This is where the idea of mytabeeb.pk has a role, they say.

Even for Saad Siddiqui, the absence of information regarding healthcare facilities was a glaring defect of the society.

Upon research, he too found that mostly all of the data of doctors is on websites and not on any app. That is where the idea of findmydoctor.pk came up and entered the market in January 2016.

Through findmydoctor.pk, patients can search for doctors and book an appointment through the app, says Siddiqui whose app also has features like medicine reminder, health tips, locating blood banks and hospitals as well as contact numbers of ambulances and blood required section.

With more than 1,000 downloads – as provided by the developer – the apps is getting rave reviews on play store. So far, the app’s coverage is limited to Karachi where it has more than 250 doctors on board offering 44 specialised medical services. The developer plans to expand the service to Islamabad by April and Lahore by June.

Findmydoctor.pk charges a fee from the doctors and takes consent from them before uploading their information, Siddiqui said, explaining the reason for having a small number of doctors on board.

While both apps have got a decent start, it wasn’t without challenges.

There are many doctors who don’t want their information on the internet because of extortion threats, Siddiqui says. The other challenge, according to mytabeeb’s team, is budding up of other apps that are not functioning properly.

Improving healthcare: A new way to practice medicine in Pakistan

“We would encourage companies to make great apps for healthcare but make them properly so that in case of an emergency you’re not wasting someone’s precious time,” team mytabeeb said.