Mumtaz Qadri, the murder­er of Salman Taseer, has been punish­ed with the strict­est penalt­y under Pakist­ani law
By Ayesha Ijaz Khan
Published: March 4, 2016
Tweet Email 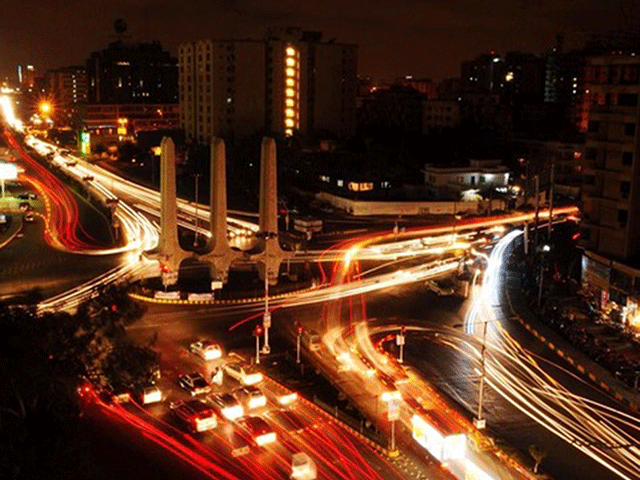 After a long time, I feel hopeful about Pakistan. Mumtaz Qadri, the self-confessed murderer of Salman Taseer, has been punished with the strictest penalty under Pakistani law. It took five years for the state to take this bold step and of course it does not mean that minorities will no longer be unfairly targeted in Pakistan or that the mindset that supports Qadri’s actions will disappear, but this bold step is of enormous symbolic value and aims to establish the writ of the state that has, for far too long, been trampled upon.

If Pakistan is to be made safe for all its citizens one day, then this is an important step in the right direction. Whether his funeral numbers were large or small, is not as big a story as the fact that the state appears to have corrected course.

We are a country of nearly 200 million people. It is impossible for everyone to feel the same way. Every society has its tolerant and its bigoted side. So if there are people in Pakistan who believe that Qadri did the right thing because they take their cues from those who interpret religion in a most irrational and inhumane way, we must work on introducing them to alternative theological contexts but we should neither be surprised nor despair that they exist.

Such closed and narrow mindsets exist in every society. If six out of 10 Donald Trump supporters in the US believe that Muslims should be banned from the United States, then clearly bigotry exists in large numbers, even in the most advanced of societies. As long as the state stands for justice that is the best one can hope for. We cannot expect to convert everyone to our way of thinking.

However, it must be ensured that institutions of repute or stature in society do not become forums for promoting the type of mindsets that lead to greater violence in society. In that regard, we have a lot of work to do in mosques, schools, universities and, most urgently, on the electronic media.

Just recently, both Sharmeen Obaid-Chinoy and Malala Yousufzai, one who has won two Oscars and the other who won the Nobel Peace Prize, respectively, were referred to in derogatory terms on various television shows. This has to be unacceptable. One has the right to criticise their work or their positions but to slander their characters simply because you cannot tolerate a Pakistani woman feted by the West is where the line has to be drawn.

Let’s talk about Sharmeen first. Clearly, it wasn’t a coincidence that the only woman of colour who won the Oscar this year was the one who made a documentary about honour killings in Pakistan. Does the West like to portray Muslim countries as places where women are treated shabbily? Yes, it does. Are Western publishers, for instance, not keen on narratives where Muslim women are shown as strong normal people? No, they aren’t. (A recent interview with novelist Anis Shivani in a national daily elaborates on this quite well.)

But does it mean that because the West may have its own reasons to promote such subjects we must necessarily take the opposite position? No, it doesn’t. If our women are suffering and it has been brought to our attention, then we must correct course, and here once again, I am pleased with the response of the Pakistani government. The Prime Minister screened the film before it went to the Oscars and one hopes he follows through on his promise to change the law.

As Senator Raza Rabbani said, however, we shouldn’t have to wait till the Oscars recognise a film to make such amendments to the law, and that there have been countless Pakistani women who have suffered for promoting an end to honour killings and they also must be recognised for their efforts.

One cannot win two Oscars, nevertheless, unless one is a very talented film-maker and for that reason too we must be proud of Sharmeen. But Sharmeen is lucky. She comes from an affluent urban background and has the requisite contacts to make her impact felt at the highest level of society and can hence reach the corridors of power.

What happens when a girl from a humbler, simpler background tries to make a difference? Let’s say a schoolteacher’s daughter from Swat. When she is shot in the head for simply standing up to Taliban pressure for girls to abandon schooling and subsequently has to leave the country because it is no longer safe for her, I find myself arguing with some DHA types who have sent their own daughters abroad for an education, that no, Malala is not a Western conspiracy.

Of course, the West loves her story, for much the same reason that it loves Sharmeen’s documentaries, but why should that negate our sympathy for her or not make us proud of what she has subsequently gone on to achieve? Are we that insecure?

In spite of the fact that Malala may have achieved even more than Sharmeen, she is not as fortunate. She still cannot return home to her Swat Valley, for which she yearns in every interview. It is still not safe for her. The day she is able to come home, as are other talented, well-meaning Pakistanis like Javed Ghamidi Sahib, who have had to flee because they were preaching an Islam that was challenging those who have made a business out of promoting hate, then Pakistan will really win. Insha’Allah, we will get there, one step at a time.

The economy and national security