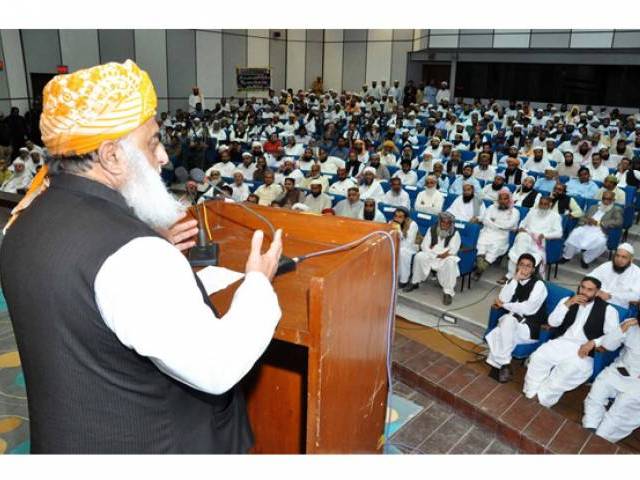 KARACHI: Days after the Punjab government passed the women protection bill, religious parties severely criticised it on Sunday, calling it an attempt to destroy the family system in Pakistan, even as the Punjab chief minister defended it.

Addressing party workers who were elected in the recently concluded local body elections in Sindh, Jamiat Ulema-e-Islam-Fazl (JUI-F) chief Maulana Fazlur Rehman lashed out at the ruling Pakistan Muslim League-Nawaz (PML-N) for passing the bill. He said it was against human values and will have a negative impact on society since domestic matters would be dragged to the police station. “It will cause divisions within families and the rate of divorce will increase,” he warned.

He contended that the Women’s Protection Bill (WPB) was a violation of the Constitution and Sharia, and announced that he would take the matter to court.

Separately, Ameer Jamaat-e-Islami Sirajul Haq told workers in Lahore that the bill had been rejected by women themselves. “The bill is tantamount to undermining our family system and would affect the relationship of respect between mothers, sisters and husbands.” He added that Western countries wanted to destroy our families, and social culture.

Punjab Chief Minister Shahbaz Sharif defended the bill, saying, “Punjab government women development initiatives are in line with the vision of the Quaid-e-Azam.”“Role of women is critical for progress of Pakistan,” he went on to add.