Naveed Iqbal murder­ed the couple with the help of two accomp­lices for the sake of money.
By Rana Tanveer
Published: January 19, 2011
Tweet Email 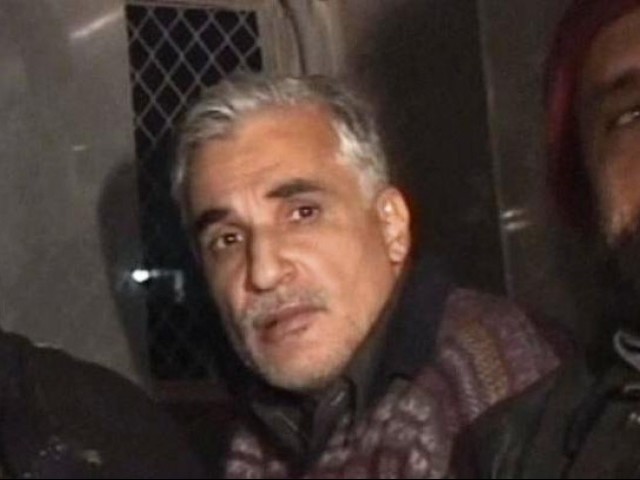 The CCPO also revealed that Naveed had planned the murder with two of his friends, Abbas and Amin, and had taken them to his parents and asked them to kill his parents.

Supreme Court Judge Justice Javed Iqbal’s parents were murdered by his step-brother with the help of two accomplices for the sake of money, police said on Tuesday.

According to police, the accused Naveed Iqbal is a step-brother of Justice Javed Iqbal and works as a rickshaw driver. He murdered his father Malik Abdul Hameed, who was a former deputy inspector-general of police, and his second wife Zarina Bibi. After murdering them, he fled with a briefcase bearing Rs0.5 million in cash and took it to Ichhra Market, Lahore, to have it unlocked. The locksmith, however, refused to comply.

Naveed and his accomplices – Abbas and Ameen – reached the spot at 3:30 pm in a rickshaw. Police chief Aslam Tareen said that when the three entered the house, Naveed’s parents were sitting in the TV lounge. Naveed introduced Abbas to his parents, saying that he wanted to work as an employee in their house. “He said that Abbas would also bring his wife and a daughter and they should accommodate them in the house,” Tareen said.

Deceased Hameed told his son to take a look at the servant quarters upstairs and Naveed, according to the plot, indicated to Abbas and Ameen to pounce at his parents when he went up.

Tareen said that Abbas overpowered Naveed’s father and Ameen his mother. Abbas smothered Hameed with a pillow while Ameen strangled Zarina by putting his legs around her neck. Hameed’s mouth started bleeding while his wife’s ribs were broken.

Accused Abbas accepted Tareen’s statement. “I had loaned money to Naveed. When I demanded my money back, he included me in the plot,” he said. Tareen said that Hameed had given Naveed Rs1.6 million in cash and another loan to buy his house. He said that all family members had separated from Naveed.

The accused Naveed was not allowed to speak to the media but he did manage to say that he had not killed his father. However, he later confessed to the crime as police produced sufficient evidence during investigation.

Punjab Law Minister Rana Sanaullah said that suspicion about Naveed’s possible involvement arose when he did not appear after his parents’ death.

Sources close to police investigators said that they had collected the killers’ fingerprints from the crime scene. “As the fingerprints matched, the police brought the matter into the notice of Justice Javed Iqbal and arrested Naveed,” a police official said.  Tareen, who led the investigation team, took Justice Iqbal into confidence before capturing Naveed. The accused would be produced before the court on Wednesday (today).

Naveed had been inducted as a sub-inspector in Balochistan police and was later transferred to the Intelligence Bureau. But he was terminated from service for continued absence. He lives in Shahdrah with his two children. Police sources say Justice Iqbal had banned his entry into Supreme Court premises due to his dubious activities.