Gilani denies that a commit­tee has been formed; says govt not in favour of misuse of the law.
Published: January 19, 2011
Tweet Email 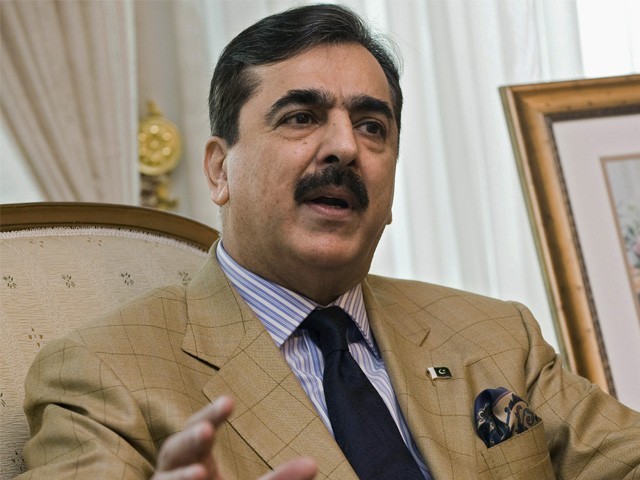 Gilani denies that a committee has been formed; says govt not in favour of misuse of the law. PHOTO: AFP/FILE

Prime Minister Yousaf Raza Gilani reiterated his stance on the blasphemy laws in an address to ulema on Tuesday, saying the controversial laws would not be changed.

Addressing religious scholars at the “Ulema and Mashaikh Conference 2011” at the National Library in Islamabad, Gilani also stressed that no law should be misused. He urged religious scholars to bring out the true interpretation of Islam and propagate its teachings of tolerance and mutual respect for each other’s religions.

Prime Minister Gilani said a committee was set up by the Pakistan Peoples Party to see whether any legislation that is moved by its members has its (party’s) endorsement.

He said he himself was a descendent of the Holy Prophet (pbuh) and the ulema must not fear that anything would be done contrary to Islam by the present government.

On the sanctity of the constitution and rule of law, the prime minister said the law of the land must be adhered to. “We are not in favour of an amendment in the blasphemy laws, but we are not in favour of its misuse either,” Gilani added. The prime minister said all acts of violence bring a bad name to religion and are seen unfavourably in the West, which makes the lives of Pakistanis living abroad difficult.

He said following the real teachings of Islam is the only way to get rid of terrorism that has spread across the globe.

Gilani assured the ulema that the issue of syllabus would be referred to the Inter Provincial Coordination (IPCC) ministry. He said his government believed in taking along all political forces on board and appreciated the opposition for being supportive on all national issues.

The prime minister also quoted from the Quran and said Islam does not impose its terms on anyone. He said the life and teachings of the Holy Prophet (pbuh) clearly show that it is not binding on anyone to adopt and adhere to any particular religion. The PM said Islam was spread not through sword, but through the teachings and exemplary lives of the prophets.

Syed Khursheed Shah, minister in charge of religious affairs, said terrorism across the world was haunting humanity and people from all religions faced similar threats.

Earlier, scholars spoke about Islam’s universal message of peace, love and tolerance and that it believed in peaceful co-existence with people of all religions. They said Islam did not differentiate between people of any caste, colour or creed, and all are treated equally with justice and impartiality.

There are no two opinions about the honour and dignity accorded to the Holy Prophet (pbuh), scholars said, adding the Quran and Sunnah were very clear about it. They said no one would be allowed to bring any change in the blasphemy laws.