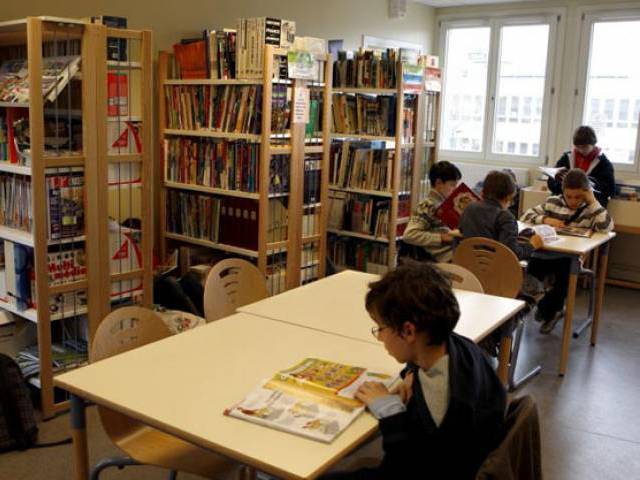 As a young Pakistani-American Muslim girl growing up in Connecticut, Zareen Jaffery used to devour novels by Beverly Cleary and Judy Blume, hoping those stories would offer some clues for how to fit in.

“I remember looking at books to try to figure out, ‘What does it mean to be American? Am I doing this right?’” Jaffery said. “The truth is, I didn’t see myself reflected in books back then.”

Some 30 years later, Muslim characters remain scarce in mainstream children’s literature. But now Jaffery, an executive editor of Simon & Schuster Books for Young Readers, is in a position to change that.

Meet the Pakistani who creates comic books to counter terrorism

Jaffery is heading a new children’s imprint, Salaam Reads, dedicated to publishing books that feature Muslim characters and stories. The imprint, which Simon & Schuster announced this week, will release nine or more books a year, ranging from board books and picture books to middle grade and young adult titles.

The creation of a Muslim-themed children’s imprint is likely to further fuel the continuing discussion about diversity in children’s publishing. Salaam Reads is also arriving in the middle of a fractious and polarizing political debate about immigration and racial and religious profiling, when minority groups, and American Muslims in particular, feel they are being targeted.

Jaffery, 37, had long been bothered by the lack of Muslim characters in children’s literature. But the problem started to feel more acute about three years ago, when she began reading books with her young nieces and nephews. “It was hard not to notice that none of those books really reflected their experience,” she said.

She brought up the idea of seeking out books about Muslims with Justin Chanda, the publisher of Simon & Schuster Books for Young Readers. Rather than just releasing a scattered selection of books, they decided to create a new imprint, and chose the name Salaam, which means peace in Arabic. The books won’t emphasize theology or Islamic doctrine, Chanda said, but will highlight the experience of being Muslim through their characters and plots.

A storied bookstore and its late oracle leave imprint on Islamabad

“We have a chance to provide people with a more nuanced and, in my estimation, a more honest portrayal of the lives of everyday Muslims,” Jaffery said.

So far, Salaam Reads has acquired four books that will come out in 2017, including “Salam Alaikum,” a picture book based on a song by the British teen pop singer Harris J Others planned for release next year are “Musa, Moises, Mo and Kevin,” a picture book about four kindergarten friends who learn about one another’s holiday traditions; “The Gauntlet of Blood and Sand” by Karuna Riazi, about a 12-year-old Bangladeshi-American who sets out to save her brother from a supernatural board game, and “Yo Soy Muslim,” a picture book by the poet Mark Gonzales.

Gonzales, an alumnus of HBO’s “Def Poetry Jam” who converted to Islam, said he was immediately game when Jaffery recruited him to write a book for the imprint.

“As a person who was born as the child of Mexican and French immigrants, I grew up being invisible to society, and if not invisible, demonized,” said Gonzales. “It was important to me, thinking about what it would mean for every child to have a book when they’re growing up that they can see themselves in.”

Russia: Terrorists are not pawns in geopolitical games in Middle East: RIA