Don't wait until Donald Trump is electe­d presid­ent to find somewh­ere else to live, says the site
By AFP
Published: February 25, 2016
Tweet Email 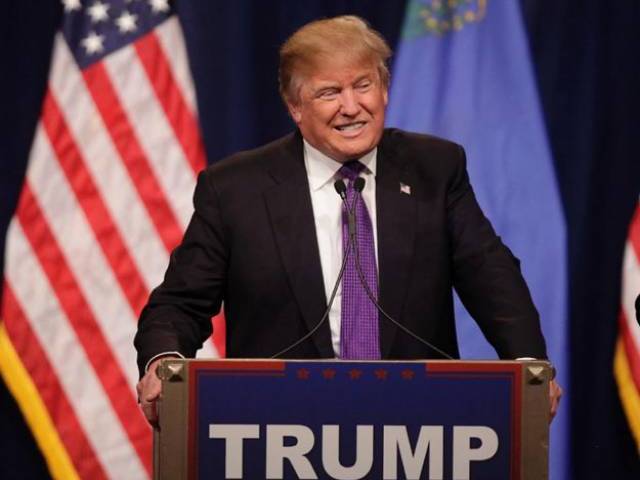 OTTAWA: The rise of Donald Trump has given an unlikely boost to a Canadian island offering to take in Americans as political refugees if the Republican real estate mogul wins the White House.

Cape Breton Island, off the tip of the Nova Scotia peninsula on Canada’s Atlantic coast, has put out a welcome mat for anyone unable to stomach a Trump presidency.

I am a Muslim and I love you, Egyptian-born man tells Trump

A local radio disc jockey hatched the idea, designing a website linked to the local tourist bureau to provide an escape for Canada’s wary neighbors to the south.

“Don’t wait until Donald Trump is elected president to find somewhere else to live!” says the site.

“Start now, that way, on election day, you just hop on a bus to start your new life in Cape Breton, where women can get abortions, Muslim people can roam freely, and the only ‘walls’ are holding up the roofs of our extremely affordable houses.”

The promotion showcases the natural beauty of the island located about 400 kilometers (250 miles) east of the US state of Maine, boasting of its food, sailing and whale-watching tours — as well as its universal healthcare.

“Donald Trump might even like to come up for a visit,” she quipped, noting that the billionaire’s mother was a Gaelic speaker, and that the majority of the islanders have Gaelic or Acadian roots.

The island has recently fallen on hard times with the closure of a local steel factory and a coal mine.

In the past week, however, the Cape Breton tourist website has received over 300,000 visits — more than its usual annual tally. Some 5,000 Americans have also sought out specific information about the island, immigration rules, real estate and employment opportunities, Tulle said.

The site is one of a growing number of satirical online nods to the US presidential campaign popping up in Canada.

Another quirky pitch, created by a US writer living in Canada and a Canadian actor, humorously suggests America’s more laid-back neighbor could take over its politics — announcing its CANADA-cy in the 2016 election race.

The video, which has racked up 37 million views, suggests what Canada being in charge could bring America: “We’ll legalize weed so you can stop worrying about terrorists and worry about your cat stealing your ideas.

“And we’ll help you solve your race problem, as soon as we figure out why you still have a race problem.”

At one point the narrator gestures, incredulously, towards a picture of Trump stumping, asking: “What is this? Did America lose a bet?”

Back in Cape Breton, Tulle said “Tuesday is going to be a big day,” indicating that residents will be glued to television screens watching for the results of Super Tuesday, when a dozen US states hold primary contests.

Trump currently leads the race to be the Republican presidential candidate in the November 8 election, after chalking up his third straight triumph in the party’s presidential nominating process.