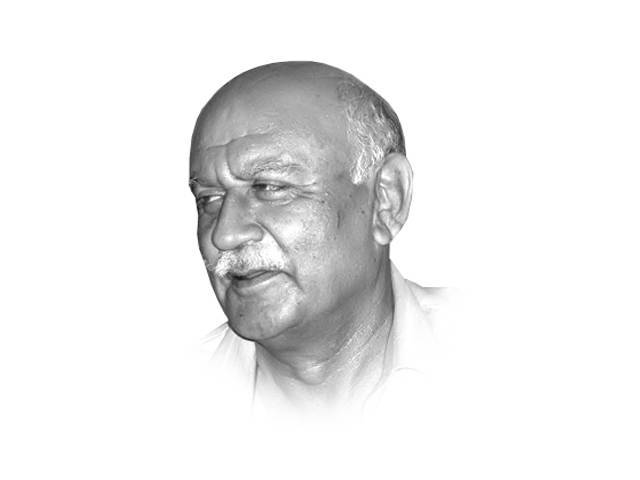 In a previous article, I discussed policing as it relates to terrorist-related crimes for combating them. The next step after terrorists have been apprehended is their prosecution under the law. And to prosecute them we need evidence — another policing function.

There are several conceptual problems relating to this essential pre-trial requisite. Since we are discussing prosecution, I think it important to begin with questioning a basic canon (I am told by jurists that law has no cannons, but I find this the most suitable word) of Anglo-Saxon Law, which is the basis of most legal systems — ours subsequently incorporated Islamic injunctions on jurisprudence and punishments — that every individual is considered innocent until proven guilty; and that too ‘beyond reasonable doubt’.

It is for this reason that, for the individual, there are three distinct stages under law. An individual is, initially a suspect and, when sufficient evidence has been collected to prosecute him, he is elevated to being an accused. Only after he is found guilty does he become a criminal.

Extensive research, particularly in the US, has proven that a strict adherence to this canon and the Criminal Procedure Code, results in greater number of guilty criminals being found not guilty, than those being punished.

But, despite this fact, perhaps the adherence to this canon might have continued to be our best available basis for practising law. As frequently pointed out, 9/11 changed the world. The transformation began with the US and soon spread.

Prior to 9/11, perfectionist jurists used to respond to such criticism with the cliché: “Better that a hundred guilty people go free than a single innocent be punished.” This sounds nice but in real life it can be very costly, particularly when dealing with terrorists.

Many jurists, therefore, argued that for dealing with terrorists, this assumption needs to be modified. Post-9/11 some went so far as to argue that it be juxtaposed, i.e., that a terrorist be presumed guilty until he proves his innocence: which is, in my view, and of many others, going too far. Perhaps there might be no presumption of innocence.

However, it becomes easier if one addresses the qualifying clause: beyond reasonable doubt. Even if one is presumed innocent, if guilt is proven and, if it is within reasonable doubt rather than beyond it, the end results might be more acceptable.

Despite considerable debate among theorists, the administration of George W Bush probably decided that it could live with the ‘collateral damage’ to those innocents found guilty but was not prepared to risk even a single terrorist escape its clutches.

Probably the trauma of 9/11 had left American citizens either so numbed and/or so infuriated that they would have accepted anything which (apparently) improved their security and/or promised the revenge that all Americans were demanding, or they failed to see where all this would lead to.

Thus the various Guantanamo-like facilities, with the tales of torture practised there, came into being wherever the US military landed. The US led, but the world was not far behind. Some countries modified more reasonably than others, but everybody followed suit.

In view of the difficulties in amending this canon, countries found their own shortcuts relating to the criminal procedure of collecting evidence as well as the trial of terrorists. The US, for instance, has instituted military tribunals for trying terrorists and, under its Patriot Act, has empowered law-enforcement agencies to detain suspects for a virtually interminable period.

The last violates the most basic of human rights under Anglo-Saxon law; Habeus Corpus, that no person can be detained without approval of a court which is satisfied that prima facie (on the face of it) there is sufficient evidence to suspect and detain him so as to provide time for further evidence to be collected.

Almost 13 years after the US, Pakistan also approved the trial of terrorists by military courts, with perhaps better reasons than the US. However, our criminal procedure code has not been as severely modified as that of the US and some other countries; perhaps because our policing agencies have been ignoring habeus corpus for long enough not to need any modification.

Despite these modifications in individual rights and in criminal procedure for gathering evidence, the results still seem far from satisfactory, for those who ordered and implemented these changes.

The reason for this is that forensic evidence, even when supported with the most technologically advanced scientific knowledge and equipment is often limited to ‘circumstantial’ evidence rather than direct evidence.

If an eyewitness has seen an event and describes it in court, it is direct evidence. All evidence, however scientifically explained, which is not an eyewitness account is circumstantial. The best that science can do is to place an individual at the scene of a crime at a given time. Even then, since death cannot be established within minutes, he might not be guilty — reasonable doubt.

One way out of this quandary is killing using drones. Once dead, no one can prove they weren’t militants and these are not extra-judicial killings, by any definition. And Guantanamo or its like are not within American jurisdiction, anything can happen there.

Since we have no Guantanamo Bay, our solutions are more primitive and can be punished under law.

These are only conceptual difficulties in prosecuting such crimes, but we progress logically and sequentially. In my next piece I will address more practical ones.