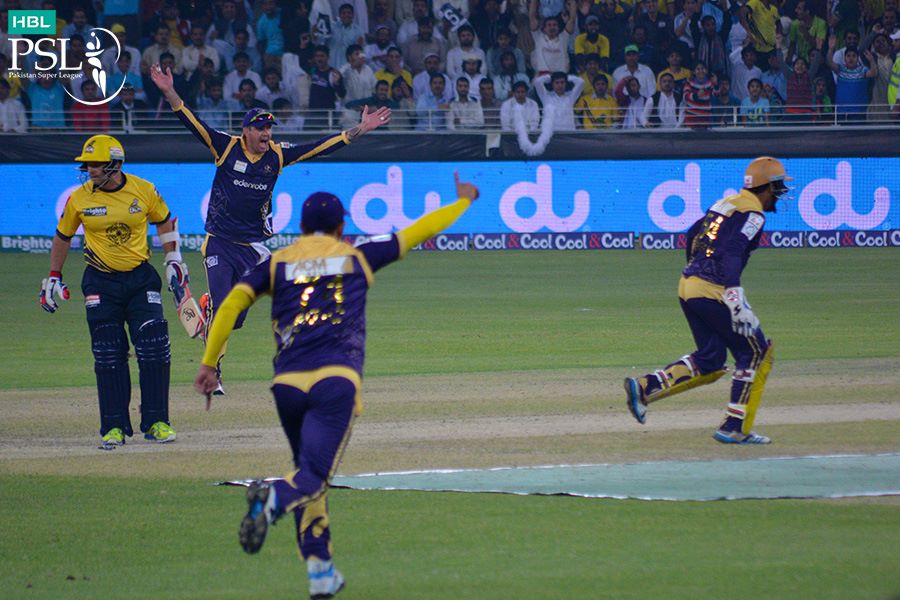 A lot of hype surrounded the inaugural edition of the HBL Pakistan Super League (PSL) and statistics at the end of the group stages show that the league has delivered.

The event had a rather slow starting with matches in Dubai producing scores of below 150 but once the batsmen got used to the slow UAE pitches, finding the sweet spot of the bat became easier.

Lahore Qalandars, who couldn’t advance to the playoffs, were the first to go past the 200-run mark but their opponents Quetta Gladiators put them in the shade by chasing down that mammoth score. Lahore set a 202-run target, which Quetta reached off the last ball to score 203.

On the other end of the run-making scale, Islamabad United were able to successfully defend a target of 131 against Karachi Kings; the lowest to be defended in the tournament. Islamabad hold another stat, albeit a much more unwanted one, as their 117 against Quetta Gladiators was the lowest scoring innings of the tournament. A lot of people had said that PSL was a chance for the youngsters to share the dressing room with the veterans and learn the art of pressure-handling and decision making, but one player who found his prime in the tournament was the experienced Umar Akmal. He finished the group stages as the tournament’s highest run-scorer (335), while also boasting its highest individual score (93), best batting average of 83.75 and most sixes (17).

Peshawar was the most successful team with the ball as they accounted for 49 batsmen as a whole, Quetta were second with 44 and Karachi, Lahore and Islamabad were third, fourth and fifth respectively with 39, 38 and 34 wickets.