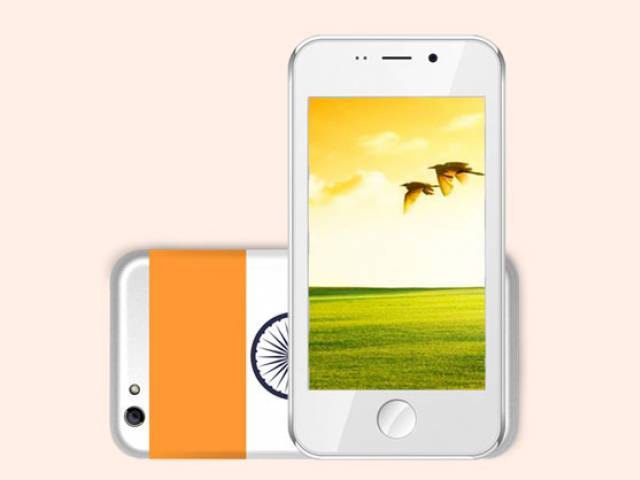 The Freedom 251 was unveiled a day ahead of the launch and is being sold for 251 rupees ($3.66) – a price that sceptics said was far lower than what its components would cost.

The smartphone went on sale in the morning but the company later stopped accepting orders after its website crashed. “We humbly submit that we are therefore taking a pause,” it said in an apology to customers.

Ringing Bells, based in the Delhi satellite city of Noida, was set up only last year and the launch event for the new phone on Wednesday night was attended by a senior leader from Prime Minister Narendra Modi’s party.

Company president Ashok Kumar Chadha said the Android smartphone would have pre-installed apps that tie into Modi initiatives such as ‘Make in India’ and ‘Clean India’.

“Let us see what can we do to bring about a real liberation of Freedom to all our brothers and sisters,” he said in a speech, referring to the name of the new phone to make a play on words.

In its notice to customers the company said it was receiving 600,000 hits per second on its website, although it did not say how many of those hits converted to real orders.

For comparison, Google processes an estimated 40,000 search requests per second.

Although the company didn’t discuss the economics behind the operation, analysts questioned the business model.

“It looks like it’s highly subsidized by the company and it’s not clear how they plan to sustain this,” said Tarun Pathak an analyst with Counterpoint Technology Research.

Previous attempts at frugal engineering in India have not been very successful.

In 2008, Indian government announced a $10 laptop that ended up costing over $100 before it made it to market. A $20 Android tablet sold by local company Datawind through a government subsidy scheme failed to capture significant market share.

First deliveries of the Freedom 251 phone are not expected before the middle of the year, according to Ringing Bells.