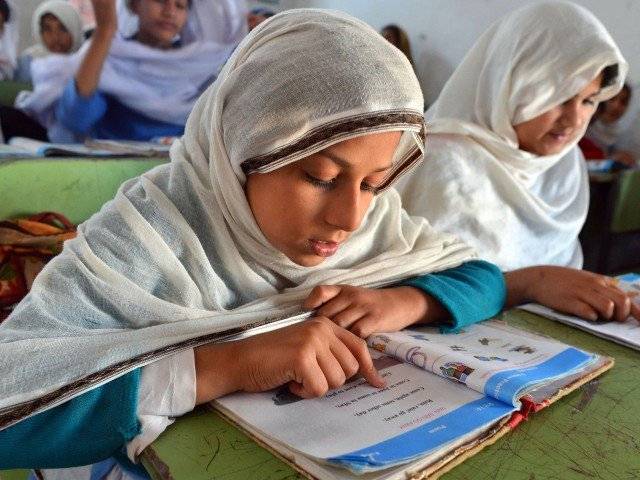 At a time when 25 million children between the ages of five and 16 are out of school, none of the provinces or federating units seems interested in notifying the rules of business to implement Article 25A of the Constitution.

The article deals with right to education and says the state shall provide free and compulsory education to all children between the ages of five and 16.

The federal government had passed the article in 2012. The provinces were to get it passed from their respective assemblies, but little or no groundwork has been done to that end.

While Sindh, Punjab and Balochistan have passed the education law, none of them — including Khyber-Pakhtunkhwa, Gilgit-Baltistan and Azad Jammu & Kashmir — seems prepared to frame rules of business to implement and streamline enrolment of children.

The rules of business pertain to strategy to bring the students to school and achieve 100% enrolment by 2030.

According to a 2015 report of Alif Ailaan — a non-profit organisation campaigning for education reform in Pakistan — the proportion of out-of-school children increases as the level of education rises as much as that by the higher secondary level almost 85% are not in school.

The federal government passed the law in 2012, but since then the Capital Administration & Development Division — the body which looks after 422 education institutions — has yet to take it seriously, as the reshuffling of officers and several levels has made it a daunting task.

In Islamabad alone, there are around 45,000 children between the ages of five and 16 who are out of school.

Punjab first promulgated a free and compulsory education ordinance in 2014 and made it a law in November the same year. However, the rules to implement the law are still unformulated.

Punjab Assembly Standing Committee on Education Chairman Engr Qamarul Islam told The Express Tribune that there were several hiccups in notifying the rules, including implementation of local government act and passage of private education institutions’ regulation bill. “Then we shall be in a position to get it done.”

K-P authorities also claim that the relevant law would be enacted soon. As for Sindh, Education Special Secretary Alia Shahid is heading a committee that is formulating the rules of business. “We are formulating the laws and are in talks with NADRA for registration of out of school children.”

In Balochistan, the problem seems to lie with resources. “We don’t have enough funds to cover such a vast area,” said Balochistan Education Secretary Saboor Kakar. “The government has covered only 12,000 settlements for schools out of 22,000 in the province.”

And Gilgit-Baltistan Education Minister Muhammad Sanai said they would present the bill for free education in the next session of the assembly, scheduled for February 22. “The implementation of Article 25A is a huge challenge due to the enormity of the task.”

Ahmad Ali, research fellow at the Institute of Social and Policy Science, said: “Legislation without rules is like a water tank without a tap for using water.”