‘Wrong No.’ released on DVD

‘Wrong No.’ released on DVD 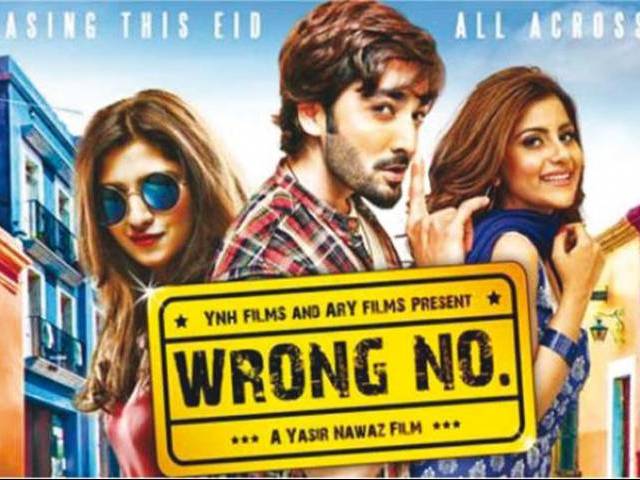 KARACHI: The Pakistani films industry is shaping up into a more formal and professional entity, albeit slowly but surely. The growth can be evidenced by DVD release of last year’s acclaimed comedy hit, Wrong No. Although this is not the first time a DVD for a local release has been launched, the approach of its production team shows they have had one eye on the finishing line from the very beginning.

Speaking to The Express Tribune, Hasan Zia — one of the producers of Wrong No. — said that, while they could have opted against a DVD release, such events help generate more revenue streams for local producers and film-makers. “The problem in Pakistan is that we have a limited number of screens so not everyone is able to go and see a film in the cinemas,” he explained. “So we’ve released a DVD version which audiences can watch at their home, with 5.1 surround sound,” said Zia. The DVD is being distributed by Laraib Music, a CD store located in Karachi.

However, given the dwindling number of DVD sales across the world, the decision to have a physical release over a digital release will inevitably raise a few eyebrows — especially following the arrival of Netflix in Pakistan. “Yes, we are also working towards a digital release and I will soon be flying abroad to finalise the digital rights of the movie,” he explained.

Which Pakistani film of 2015 was your favourite?

Released on Eidul Fitr 2015, Wrong No. was produced under the banner of YNH Films and ended up being one of the major sleeper hits of the calendar year. The tummy-tickling comedy grossing in excess of Rs150 million at the local box office, against a budget Rs44.2 million, including publicity and advertising costs. Apart from the DVD release another source of pride for the producers is that they have managed to sell the rights of the movie to five major international airlines, Qatar Airways: Emirates, Etihad Airways, Turkish Airlines and Jet Airways — for Rs1 million. “It is heartening to see that Turkish [Airlines] and Jet Airways from India would now be playing our film too.”