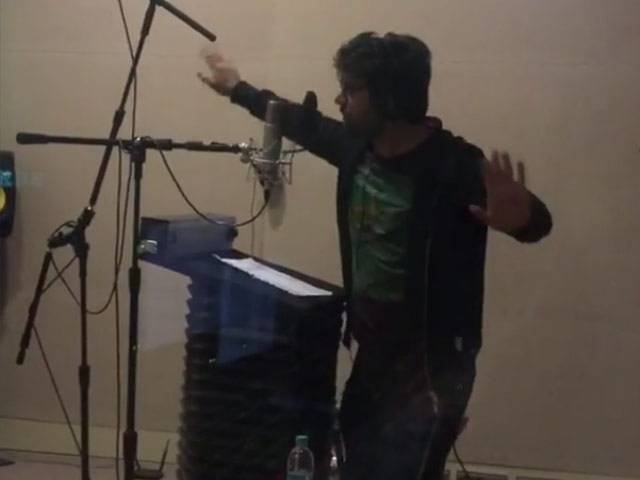 Don’t we love stars at their candid best? Letting loose from his formal, reserved side, Fawad Khan’s ‘fun-side’ behind the camera is nothing short of adorable.

Messy hair, glasses, a hoodie and tracks on, the Pakistani actor looked casual and comfortable as he was caught in the act singing his heart out for song Ladki Beautiful Kar Gayi Chull. His lively and animated side stood out as he tapped his thigh and did airplane arms while dubbing for Kapoor & Sons at the recording studio.

Unknown to him, filmmaker Shakun Batra recorded his short performance on his phone and only confessed to his deed after, revealing that the video will be going up on social media. Fawad Khan immediately shrunk back to his shy side.

It would be unfair to say that this is the first time we’ve seen the Khoobsurat actor’s candid side. Here is a video of Fawad and Sidharth indulging in some light-hearted fun on the set of Kapoor & Sons:

Ever since Fawad gave Sid cricket lessons, it seems like the two friends have been focusing more on their batting and balling, rather than the shoot of their upcoming film.