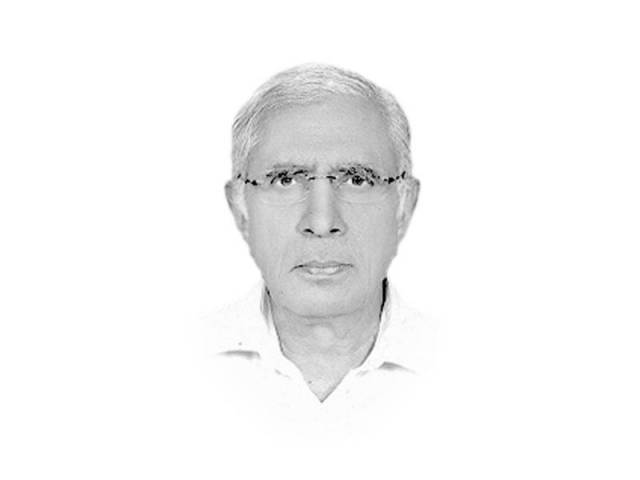 Terrorism has, over the last decade or so, become one of the largest clandestine businesses in Pakistan. The way this activity is being conducted, it appears as if a vast army with its tentacles spread all over the country is on the march at all times. It seems to be made up of top commanders who plan the activity, middle-level sector in charges who execute these plans and foot soldiers that actually carry out the terror activity, killing and maiming by the hundreds in the name of religion.

It is both, manpower-intensive as well a capital-intensive activity. Recruitment and replenishment seem to be taking place all the time. And in a country where even the highly educated are finding it increasingly difficult to acquire legitimate jobs, an offer of say Rs25,000 a month just to serve as a seemingly ‘harmless’ facilitating cog in the terror machine and that too in the name of religion is likely to be too tempting to decline, especially for those youngsters whose religious education is less than rudimentary or who have been indoctrinated in a school of religious thought that is too narrow.

But where do these terror organisations get their billions to run their machines? That is the $64,000 question.

Tracing the financial mechanisms of funding used by terrorists is a specialised job and there is a general lack of expertise in detecting financial crimes as well as a lack of understanding of the complexities of the terror economy.

Also, neutralising those sources and preventing banned outfits from raising funds domestically or internationally is also a very specialised and complex proposition. We, therefore, need to have people with the right qualification for the detecting and neutralising of terror financing.

It is generally believed that terror organisations obtain their resources through bank robberies, kidnappings for ransom, smuggling of gems, timber and antiquities, dealing in opium and heroin, and through extortion. Funds are also raised through charity and proceeds from sales of hide and skin of sacrificial animals, collected at times forcibly, during Eidul Azha.

Of course, all these activities are also indulged in by criminals who may or may not have any links to terrorism. But one cannot rule out the possibility of the terror organisations using criminal gangs to raise funds on the payment of an agreed commission. At this juncture, it is not possible to know how much money is being raised directly by the terror organisations and how much through criminal gangs.

An understanding of the sources and estimates of terror financing in Pakistan requires an understanding of the size of the illegal economy in the country. This, again, is an unknown entity. Economists have tried to estimate the size using presumptions and rules of thumb ending with a number of different figures. Some estimates have placed the illegal economy to be double the size of the legal economy and some have said it is more than three times the legal economy. And according to an estimate, only about 8-10 per cent of our adult population transacts its financial activities through the banking system.

The immediate step that the government should be undertaking on an emergency basis is to enforce documentation of the economy and at the same time bringing at least about 50 per cent of the adult population within the banking system.

A significant share of the financing of terrorism in Pakistan also comes from overseas in the form of donations to ‘charitable’ organisations, which more often than not are believed to get diverted to terror groups. Direct donations to such groups are also said to be taking place. Such funds get into Pakistan usually through the mechanism of ‘hundi’, under which money does not leave the exporting country. It stays put. But in the importing country, the agent of the exporting country who serves as a clandestine banker of domestic black money pays an equivalent amount in local currency to the recipient.

At times, terror organisations are said to use formal systems as well to fund terror activity. For instance, legitimate trade through registered businesses is mixed with illegitimate transactions to create some form of a paper trail and obscure the source of funds. Tracing such deals requires sophisticated data analysis and close monitoring of trade and payment systems.

The crisis in world leadership