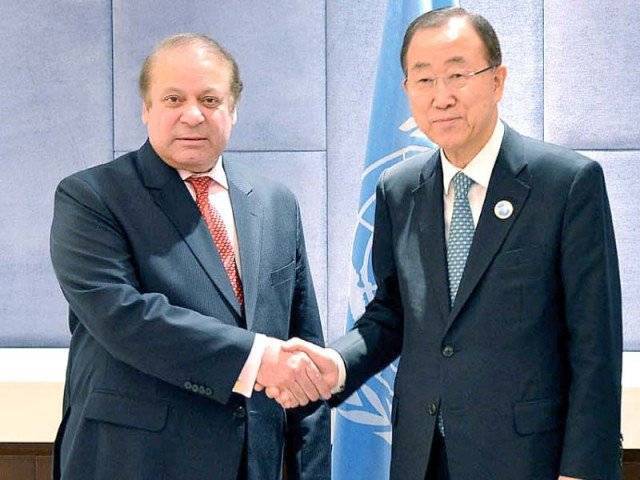 According to a statement issued by the PM’s Office, Ban told PM Nawaz that he could play a vital role in normalising ties between the regional rivals as he has “good relations with both [the] countries”.

The prime minister was also briefed the UN chief about his recent visits to Riyadh and Tehran, the statement added.

Last month PM Nawaz and Chief of Army Staff General Raheel Sharif had visited Saudi Arabia and Iran and met their leaders to defuse tension between the two countries that spiralled after the execution of Shia cleric Sheikh Nimr al Nimr in Saudi Arabia.