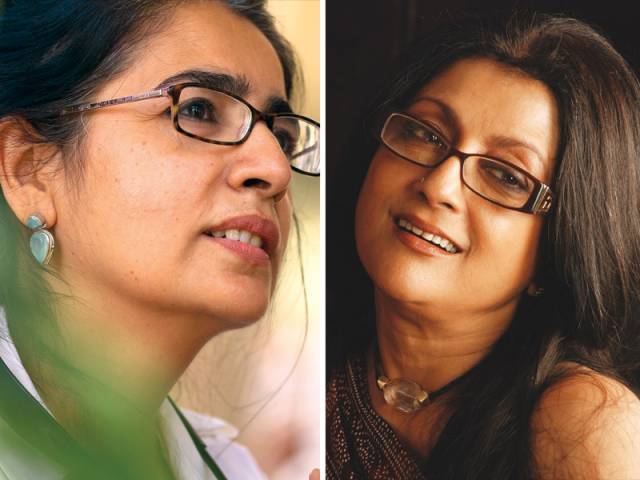 On many accounts, 2012’s Life of Pi, was a quintessentially global film from modern cinema. This was not just for its multicultural theme about an Indian boy stranded at sea on a Japanese raft heading to Canada. The movie resonated with audiences worldwide because of the way its director, Ang Lee, managed to make the marriage of Chinese mythology and numinous storytelling happen, with Western cinema’s transcendental visuals. The film’s resounding success not only allowed Hollywood to tap into previously untouched markets like China and Taiwan but also opened the eyes of international production houses to the importance and impact of cultural collaborations.

The subcontinent is, however, no stranger to such collaborations, with musicians and actors from Indian and Pakistan frequently working in tandem. Despite this, Zee Entertainment Enterprises Ltd’s next project, Zeal for Unity (ZFU), marks a first for filmmakers on both sides of the border. Through this initiative, the Indian media house aims to bring together 12 filmmakers from India and Pakistan to make 12 different feature films. The project is the brainchild of Punit Goenka, managing director of Zee Entertainment Enterprises Ltd and Shailja Kejriwal, the chief creative head of Zee Special Projects.

Perhaps it was the success of Pakistani television serials being aired on Zee Zindagi TV that triggered initiative into motion but the idea for the project had been in the air for quite some time. “Due to the overwhelming response following the launch of Pakistani TV serials on Zindagi TV, we felt that moving to feature films would be a logical progression for us,” Goenka told The Express Tribune. It also helps that the project falls perfectly in line with the company’s brand philosophy: ‘Vasudhaiva Katumbakam’ which means the world is my family. ZFU has been in the works for roughly 18 months now. Goenka and Shailja have been interacting with the top brass of Pakistani writers, actors and directors. Having noticed the abundance of talent across the border during a recent trip to Pakistan, Shailja felt that a partnership would prove to be of great value to both the industries. “It is great to see Pakistani cinema on the upswing and realising its true potential now,” remarked Shailja.

Pakistani cinema strikes back and it’s on the right track

Despite logistical issues being a major obstacle, ZFU has managed to string together an impressive roster of reputed filmmakers such as Sabiha Sumar, Mehreen Jabbar, Meenu-Farjad, Ketan Mehta, Bejoy Nambiar and Nikhil Advani, to name a few. Shailja explained the reason behind the composition, which offers a great mix of commercial and independent filmmakers. “We were well-versed with the work of Mehreen Jabbar, Sabiha Sumar and Meenu-Farjad who had made captivating movies like Ramchand Pakistani, Khamosh Pani and Zinda Bhaag respectively,” she said. “On the other hand, India is a much larger film industry so we have to be careful with our selection in order to cater to different audience segments. Aparna Sen is one of our most experienced women directors and Tigmanshu Dhulia has a very alternate approach to filmmaking. Then there are directors like Nikhil Advani who have delivered commercial successes like Kal Ho Na Ho.”

While the newly-revived Pakistani film industry may still be in its early years, Shailja believes there is more than a thing or two that the Indians could learn from the Pakistanis. “The best thing about Pakistani cinema right now is that they have not receded to a formulaic approach and there is all sorts of filmmaking taking place there,” noted Shailja. Citing films such as Ankhon Dekhi and Masaan and the experience of Indian filmmakers, she noted that Pakistanis could also gain from such an association. “Even on a technological front, India has better post-production facilities in comparison to Pakistan so Pakistani directors could also come and use them,” she added.

Shailja had no qualms about singing praises for the talent coming from fPakistan. Using the example of Fawad Khan and Mahira Khan, she remarked how the country had a conveyor belt of artists that were making an immediate impact on audiences on either side of the border. “Stars like Ahsan Khan, Mahira and Fawad are almost as popular in India as they are in Pakistan,” exclaimed Shailja.

Expected to launch sometime around August 14 to 15, ZFU will coincide with the 70th anniversary of Partition. Screening of the 12 movies remains a priority but Shailja hinted they are working towards conducting special screenings in countries with a high number of non-residential Indian and Pakistani citizens. Not looking too far into the future, she hoped for more collaborative ventures between India and Pakistan wherein filmmakers and artists can work side-by-side. “The beauty of this project is that it is bringing together artists from both the countries. You have an Indian actor like Naseeruddin Shah working in a Pakistani film.”