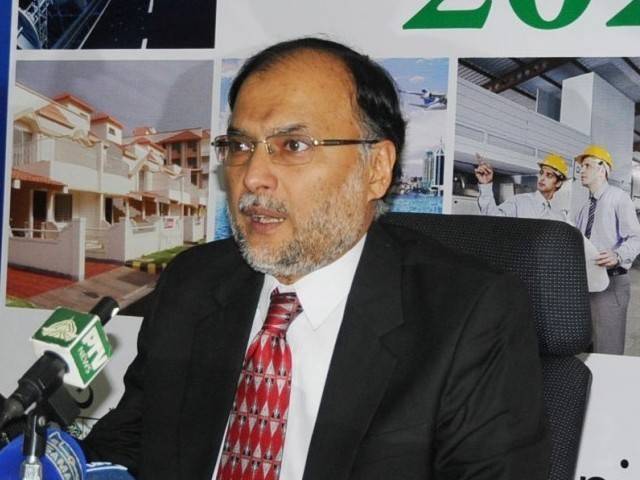 Warning of fresh conspiracies against the multibillion-dollar China Pakistan Economic Corridor (CPEC), Planning and Development Minister Ahsan Iqbal vowed on Monday that the government would protect the corridor.

Addressing a news conference after Monday’s meeting of the CDWP in Islamabad, Iqbal claimed that some forces were trying to brew a controversy on the western route of CPEC even after consensus had been reached among all political parties.

Despite that, questions have been raised in the media in recent days over the western corridor with claims that the government had failed to properly negotiate the CPEC deal to include the alignment.

“I can prove in a court of law that the government took up the issue of western alignment with China,” Iqbal said defiantly as he responded to the rumours.

“Creating another controversy after achieving political consensus is tantamount to conspiring against the country.”

Without naming anyone, Iqbal warned of malicious moves against the project. The government, according to him, will protect the CPEC just as it does the nuclear programme.

Chairing the CDWP meeting, Iqbal approved 11 development projects worth Rs10.1 billion as he directed that projects should be completed within the stipulated time, approved cost and resources.

As if to emphasise his point on the CPEC, the CDWP approved the construction of the Rs1.7 billion fish landing jetty and allied harbour works at Surbandar Eastbay in Gwadar. A similar facility at Pishukan Eastbay Gwadar worth Rs1.9 billion was also approved.

A proposal to procure 58 diesel electric locomotives worth Rs16.3 billion was referred by the CDWP to the Executive Committee of National Economic Council (ECNEC) for final approval.

The party also approved four Higher Education Commission projects which Iqbal said were part of efforts to develop a knowledge-based economy in the country. Among the proposals approved was a project for enhancing capacity of the life and environment sciences faculty at University of Peshawar worth Rs547.2 million. It also approved the development of University of Balochistan in Quetta at a cost of Rs1.1 billion and the establishment and upgrading of the core engineering department in Mardan Campus of UET Peshawar at a cost of Rs1.4 billion.

The CDWP also approved a programme to strengthen academic and research at the Mehran University of Engineering & Technology in Jamshoro at a cost of Rs927.2 million.

No province will be ignored in CPEC, says Iqbal

Trudeau to end bombing missions in Iraq and Syria