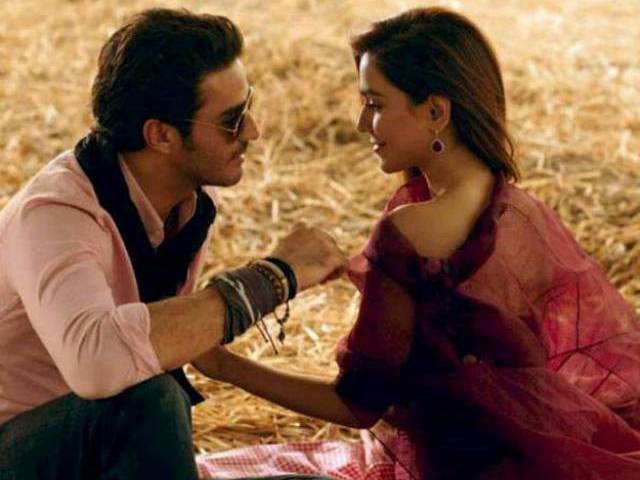 KARACHI: Of all the highly-anticipated local films that came out last year, Dekh Magar Pyaar Say (DMPS) was the only one that received an overwhelmingly negative feedback from the audience. Although the film’s music was a big hit, the film’s storyline failed to impress viewers. Critics as well as cinemagoers held the script responsible for the film’s short-lived run at the box office.

We sat down with director Asad Ul Haq for a candid chat and discussed with him what, in his opinion, went wrong. “I don’t think anything went wrong. All I can say is that maybe there was too much hype, and that wasn’t because of me. The lead cast had created a lot of buzz and the music, too, had become very popular. People were expecting a Bollywood film from me,” he said. Quoting his pre-release interview with us, where he had mentioned that DMPS wasn’t a typical rom-com, Asad said, “I fully endorse all that I said back then. I don’t know what people were expecting from me. Everything I did was what I had been telling everyone all along. If people expected a typical Bollywood rom-com from me they were never going to get it. And they never will. Not from me.” The ace ad-filmmaker-turned-director, however, admits that the script of his movie was weak. “Even for that I will take the blame. It’s not like someone asked me to direct a film that was already written. I worked with a scriptwriter myself. What I could have done was that I could have taken a second opinion from a script doctor or someone who understands films more than we do.”

Asad said that all the new-age Pakistani directors are still learning. “Moor had its own issues, Shah had its own set of issues and so did Ho Mann Jahaan and Jawani Phir Nahi Ani. Everyone is experimenting,” he said.

“I am dying to get my hands on another script. I am working with two people. And I can’t wait to go back to film-making. I have learnt so much and I am really keen to put all of that to good use. I will resolve all the issues that the audience had with DMPS,” added Asad.

So does he have any regrets? “Of course not. It’s all part of the learning process. We are releasing it on iTunes and Netflix soon with English subtitles. We also just gave it to PIA which will make DMPS part of in-flight entertainment on all of its international flights in its next quarter. So I am happy.” Asad also claimed that even though Shah and Moor – both of which released on the same date as DMPS – received mostly positive reviews, it was DMPS that scored more at the box office. He also disclosed that in spite of all the criticism, it was still a profitable venture for him. “It was never about the money anyway,” he explained.

Recently, while discussing the failure of DMPS during an interview with The Express Tribune, lead actress Humaima Malick said, “A star in any country can only give a good opening to the film. I was the only known person from the industry in that film and it earned Rs800,000 on the first day. The second day belongs to the director and the third day to the script and if the plot and director are weak, even the biggest star of the industry can’t save a film.” We asked Asad how he feels about this statement. “She is right. But on the flip side, I gave her the script three months in advance. Did she read it?” he responded.

Did Asad and Humaima have a falling out? “Whenever we meet each other we meet nicely. I met her a month ago with my distributor. We went out for a nice meal. It’s so easy to play the blame game. I don’t want to do that. I still think she is a great actor and no one else could have played her character as well as she did.”

So what lessons did he learn from his film’s not-so-successful-run at the box office? “Fix everything on paper before going on floors.” Asad also revealed that he is working on two more film projects. “I am sure I will shoot something in 2017. I will start the paper work soon.”