‘Message of Islam’ : PUC to hold conference on Wednesday

‘Message of Islam’ : PUC to hold conference on Wednesday 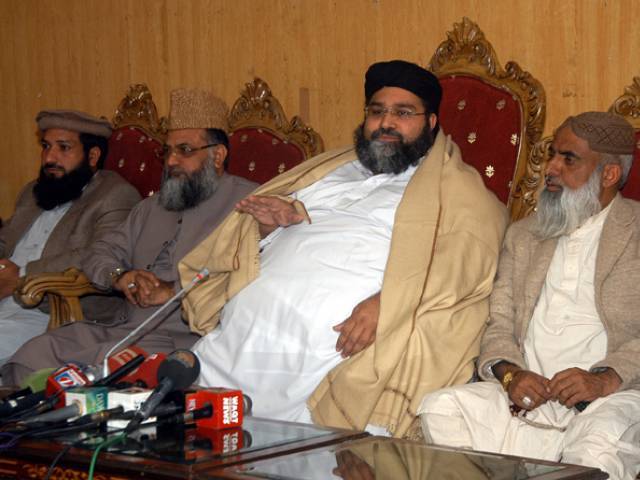 Pakistan Ulema Council (PUC) will hold a conference in Islamabad on Wednesday to highlight true teachings of Islam and to counter the narrative of extremists and terrorists.

PUC Chairman Hafiz Tahir Mehmood Ashrafi said a number of scholars from around the world would attend the moot at the Convention Centre. He was addressing a press conference on Sunday.

He said the conference will also highlight women’s rights, girls’ education and the menace of dowry.

Ashrafi said Palestine’s grand mufti will also attend the event. It would be the first ever visit by the grand mufti to Pakistan, said PUC head.

He said the conference aimed to counter the propaganda of terrorist organisations and to highlight true message of Islam.

He hoped the PIA issue would be settled amicably. He urged the protesting PIA employees to keep in mind difficulties being faced by passengers.

While condemning Saturday’s suicide blast in Quetta, Ashrafi said that some elements were hatching conspiracies to create chaos in the country and to defame achievements of Operation Zarb-e-Azb. “But with the grace of Allah Almighty and support of the people of Pakistan, peace will be restored in the country and terrorists and extremists will fail.”

He said scholars from Saudi Arabia, Turkey, Egypt and Iran will attend the conference.