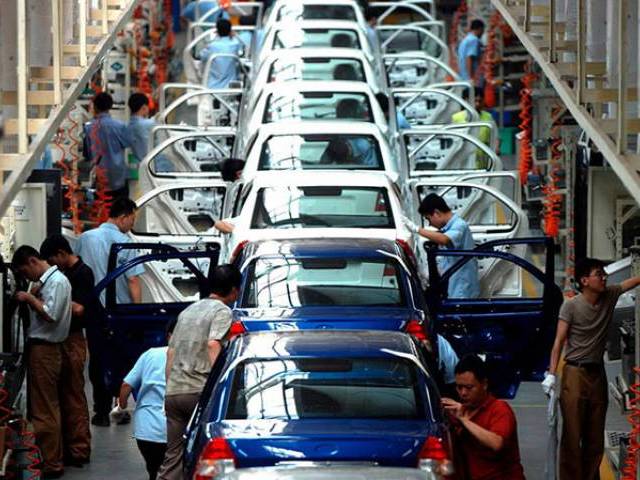 KARACHI: The past year was no doubt a good one for the automotive industry in Pakistan. It continued its recovery from the lows of 2008-09 when 99,310 units were sold to an impressive 179,953 in fiscal year 2015. The momentum has continued and last December was probably the best closing month of a calendar year.

It is expected that the industry will match its best financial year performance to date by June and then go beyond in the remaining calendar months, unless stagflation sets in the economy, even though Pakistan’s economy is only marginally exposed to the world markets.

The model life of some cars is due to expire so some new ones will be launched during 2016 which will help maintain the momentum of sales. Those not introducing new models will have to upgrade and enhance their offering to compete. At least one new car in the small car range or one new model is expected to be introduced.

The current year could have been a more prolific one if the government had announced the infamous Automotive Industry Policy (AIP), which is still under wraps and continues to be the source of a milieu of misgivings and uncertainty due to its long hibernation. The last plan expired in 2012. Work on the new five-year plan started in 2011, and it has been 5 years and counting. Obviously, the economic benefits of a thriving automotive industry have not been recognised by the people who ought to know better.

If a well thought out AIP sees the light of the day, some new reputable auto car manufacturers will join the fray and the customer will have more choice. Without variety, however, the industry will remain stunted and under threat.

The Engineering Development Board (EDB) will continue striving to improve the safety structures in vehicles, but without an effective Pakistan Standards and Quality Control Authority (PSQCA), it will only have limited success. The standards have yet to be drawn up, which I feel will be finalised in 2016, and with Pakistan becoming an “observer” member of WP.29, some steps towards standardisation are expected during the year.

On-board electronics will play a greater role with every model change, as after price and looks it has become a key customer preference tool, especially with the younger ones. Connectivity and electronics will have to be user friendly; their mere presence alone will not do.

Digitisation itself will be important for companies and will play a greater role across the whole supply chain including sales and service. Baby steps will be taken by original equipment manufacturers (OEMs) for digital marketing, which will become more pronounced with each passing year. Auto part makers, especially those with after-market service ability, would be following suit.

The 2-wheelers sales seem to have plateaued.

With mobility comes independence and with such a large population still dependent on poor urban mass transit facilities, 2-wheelers’ sale in urban areas must increase.

On the other hand, future for growth in 2-wheeler’s sale in rural region seems grim. With large swathes of rural economy still dependant on agriculture, the rural market has suffered due to low productivity and depressed prices in the agricultural sector.

The declining trajectory on the rural front is expected to be offset any growth in the urban market.

Trucks and buses have grown in the last 2 fiscal years, but they are sitting at numbers lower than the numbers in the seventies, when I joined the industry and Bedford reigned supreme.

More truck models are due to be introduced by Dong Feng and Sinotruk, rather than by local assemblers. Shehzore brand is also expected to be revamped by the Dewan group, though it is not clear who they will be partnering up with.

Everyone is looking towards China, perhaps they should be doing so.

With much talk about CPEC and Pakistan having accepted the TIR convention, the trucking volume will grow and the industry must prepare in 2016 to be a worthy player, otherwise trucks from other countries will ride on our roads.