Concep­t is to hang clothe­s, other items on the wall so those who cannot afford can go and help themse­lves
By Kamal Siddiqi
Published: February 7, 2016
Tweet Email 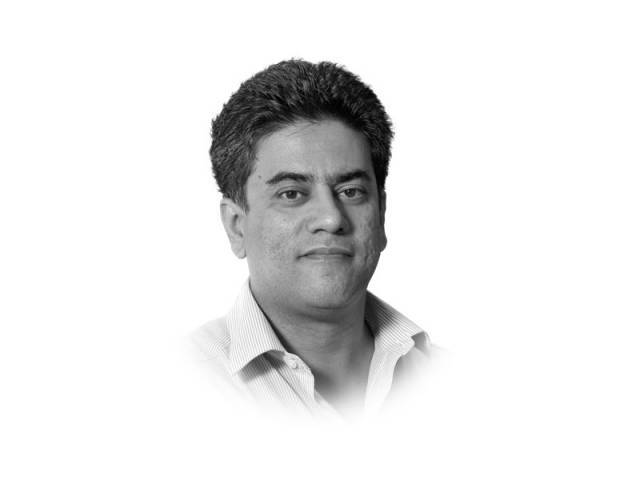 Taking a cue from similar walls that exist in Iran and other parts of the world, one was pleasantly surprised to read that a wall in Peshawar too has been transformed by a group of young men into a “wall of kindness.”  The concept, which is fast catching on, is to hang clothes and other items on the wall so that those who cannot afford to buy such items can go and help themselves.

This is similar to the refrigerator placed by an enterprising shopkeeper in Saudi Arabia where people deposit leftovers for those who cannot afford a meal. The hungry simply take what they want from the fridge. All this is done with dignity and in the spirit of one-hand not knowing what the other is giving.

In Lahore, we are told of a green grocer who keeps his shop open all night and lets patrons take what they want and leave a note or money in a strong box so that the next day accounts are settled. Here the concept is of service as well as charity. In all this what we see is there are good people all around us. And they need not be rich or powerful to make a difference.

As some fund raising experts explain, charity has to do with big hearts, not deep pockets. In fact, people who have big pockets seem to be less inclined to participate. But then of course there are exceptions like Bill Gates, who has a big heart to match his wealth.

Globally we see people and organisations doing amazing work for charitable causes. Of course some of this is also done for tax relief, like the endowments made at US universities. But, at the end of the day, the less privileged benefit.

Coming back to the Peshawar, it was a group of four young men who helped reclaim the wall and transform it into the “Deewar-e-Meherbani.” Till then, this wall was a haunt for sex-workers and on more than one occasion local zealots had attacked those loitering here.

No doubt, charity continues to play an important role in our lives. According to a survey conducted by the Pakistan Institute of Philanthropy over a decade ago, Pakistanis were globally amongst the biggest givers. Yet most of the charity went to the informal sector, which included not only mosques and madrassas but also beggars on the streets.

A recent conversation with Shehnaz Wazir Ali, who was an integral part of the Institute, suggests that the trend of giving continues. But the question remains as to where this money is going.

The wall in Peshawar is one example of charity in Pakistan. For it to be sustaining, it cannot discriminate. One example of such philanthropy is Cyrus Cowasjee, who along with his brother, the late Ardeshir Cowasjee, gauged need, and not creed when it came to helping out.

Many have benefitted from the efforts made by such people. But that trend is changing. In Pakistan today we give to only those causes which suit us in terms of our faith or belief. In some ways, this defeats the purpose of charity.

Our corporate sector also needs to do more. It has enjoyed a string of good financial years on the whole but remains tight-fisted. According to experts, much of the money spent in charity by both our companies and business houses is well below what we see in other countries in the region.

To add insult, the essence of corporate social responsibility in Pakistan has been maligned to the point that it is seen as an extension of marketing and not a genuine desire to give back to the community.

Possibly there must be a debate on charity in Pakistan. We should highlight the good work being done but also point out whether in some institutions this practice is doing more harm than good by creating divisions in our society.

In the end, let us also say a prayer for the ailing Abdus Sattar Edhi, Pakistan’s most beloved social worker whose foundation continues to help those in need, no questions asked. May he live long and may his foundation continue to serve for generations to come.