Respect for girls shouldn't depend on their clothes: Vidya Balan

Respect for girls shouldn't depend on their clothes: Vidya Balan

Bollyw­ood actor encour­ages girls to not get scared of eve-teaser­s
By IANS
Published: February 7, 2016
Tweet Email 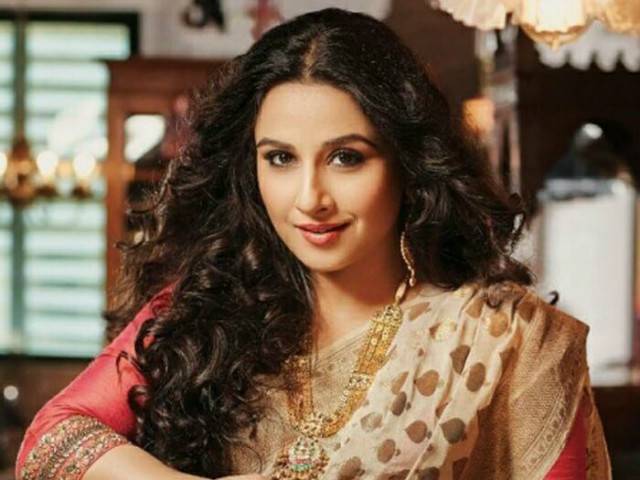 Bollywood actor encourages girls to not get scared of eve-teasers. PHOTO: NOWBOXOFFICE

Vidya Balan, who has featured in strong women-centric films in her career, feels it’s important that respect for a woman should be independent of the clothes that she wears.

“It’s important that the mindset changes. Girls should wear what they wish to wear. Her respect should not be linked to her attire. A girl can be anywhere and in any profession, and even for actors, people’s respect for them should not depend on the length of their clothes,” Vidya said at a Youth For Unity event, where she was a panelist, in Mumbai.

Citing the example of The Dirty Picture, where she had played a bold role to stress her point, she said: “There is eve-teasing everywhere, more in some places than in other places. Girls should be fearless, they should turn and slap if they feel so, or verbally abuse or just scream and he (eve-teaser) will automatically run away. But do not get scared.” Vidya has been one actor who chooses performance-oriented roles, having carried numerous films such as Kahaani and The Dirty Picture on her shoulders and ensured profits for the producers. She looks for a similar equality with men in every field.

“It’s important for girls to stand on their feet like boys. I don’t discriminate between the two and that is not something we should be doing. Our world is also moving towards a more equal space.”

“I feel very good when I see a lot of girls at a function, that they are coming forward and participating at events, joining initiatives and taking up education, and working in various professions and industries. In numerous professions where girls weren’t there, we can see them now. I feel very good about it,” she added.

On the big screen, Vidya was last seen in Hamari Adhuri Kahani.