Abbasi accused of making money in wake of PIA crisis

Abbasi accused of making money in wake of PIA crisis 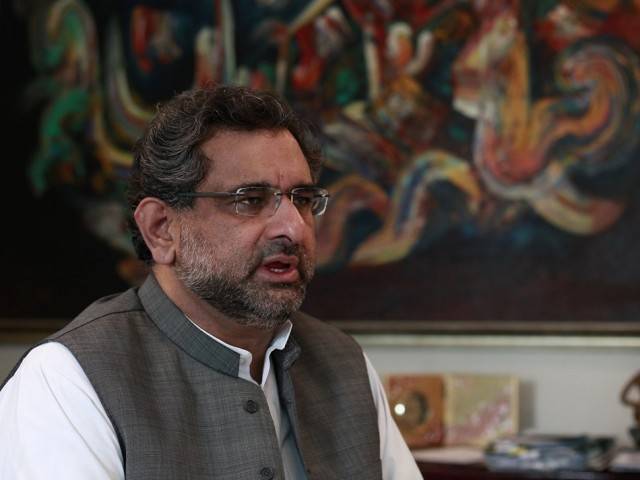 ISLAMABAD: Parliamentarians of the Muttahida Qaumi Movement (MQM) on Thursday accused Petroleum and Natural Resources Minister Shahid Khaqan Abbasi of getting a windfall in the wake of strike in Pakistan International Airlines (PIA) and walked out of meeting of a National Assembly committee in protest.

They were of the view that the minister owned Airblue airline, which was taking benefit of the crisis erupted in the face of PIA’s privatisation plan by increasing passenger fares.

Airfares take off when PIA doesn’t

They were speaking in the meeting of the National Assembly Standing Committee on Petroleum and Natural Resources, which met under the chairmanship of Bilal Ahmad Virk.

MQM MNAs Abdul Waseem and Sajid Ahmad also chastised Abbasi for not passing the full impact of a plunge in global crude oil prices on to consumers. They described the reduction of Rs5 per litre in petroleum prices as a joke with the people.

Responding to the criticism, Abbasi categorically denied holding any stake in Airblue and said he had not visited the airline’s office for the last two and a half years.

Airblue was a registered company and shareholdings could be checked with the Securities and Exchange Commission of Pakistan, he said.

The minister claimed that petroleum prices in Pakistan were the lowest among all oil-importing countries and the government had not earned a single rupee from the dip in international oil prices.

He stressed that the government had given a big relief to the petroleum consumers and cited the price cut of Rs5 per litre for February whereas India made a reduction of only 4 paisa per litre.

According to the minister, the price of petrol in India is Rs101 per litre, in Bangladesh it is Rs130 per litre and in Dubai it is sold at Rs55 per litre.

In the meeting, Oil and Gas Development Company (OGDC) Acting Managing Director Zahid Mir blamed the company’s board of directors for the appointment of relatives of the board chairman and a board member.

He said these appointments were made before he became the acting head, adding the board committee had interviewed the potential candidate.

OGDC is also in the process of hiring the external communication manager who is close to the board chairman. Mir was also unaware of this possible appointment.

PML-N MNA Rasheed Ahmad Khan had raised the issue of hiring of blue-eyed boys in OGDC. He expressed apprehension that some more such appointments were expected in the company.

Director General Petroleum Concession Saeedullah Shah highlighted that the government had revoked 11 licences for oil and gas exploration because of failure of companies to meet the work commitment.

He said show-cause notices had been issued to the companies working on 26 exploration blocks and hearings were being conducted in order to take action against more companies which had not been able to work according to the time frame.

Sui Northern Gas Pipelines acting chief Amir Tufail said the company had managed well the gas load management programme and there were no protests by the consumers despite gas shortage in Punjab.

According to a plan, the company was supplying gas from 6 to 9 in the morning and evening for cooking purposes. It was also providing 300,000 gas connections every year after taking permission of the regulator, Tufail said.