Once the disbur­sement is made, IMF will still have to releas­e $1.1b of the total $6.7b loan agreed 3 years ago
By Reuters
Published: February 4, 2016
Tweet Email 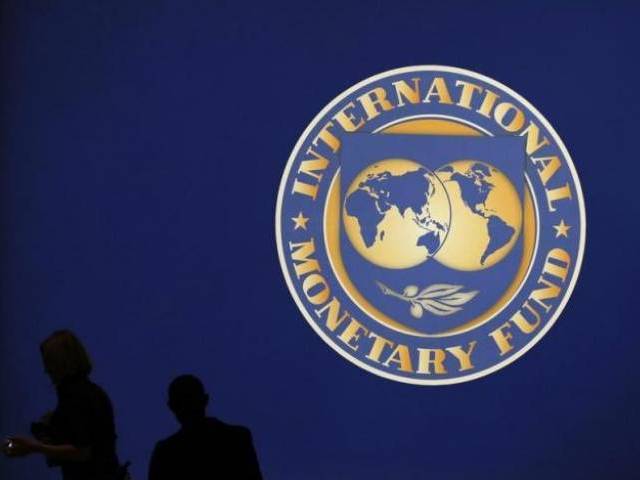 ISLAMABAD: The International Monetary Fund said on Thursday it had agreed to release a $497 million tranche for Pakistan after the latest review of a bailout package awarded in 2013, though the disbursement still requires IMF board approval.

Once the latest disbursement is made the IMF will still have to release $1.1 billion of the total $6.7 billion loan agreed three years ago.

“After constructive discussions, the mission and the Pakistani authorities have reached stafflevel agreement on the completion of the tenth review under the EFF (Extended Fund Facility) arrangement,” the IMF said in a statement.

Pakistan has shelved plans to privatise its power supply companies and will miss deadlines to sell other loss-making state firms, reneging on promises Islamabad had made to the IMF in return for a $6.7 billion bailout three years ago.

Two government officials with direct knowledge of the situation said International Monetary Fund officials meeting with Pakistani officials in Dubai this week were angered by the backtracking, but they expected the IMF would still release the remaining $1.6 billion to be disbursed.

The IMF was due to announce its decision on the next tranche, expected to be $500 million, at a news conference later on Thursday in Dubai.

Pakistan to get another $502m IMF loan

For all the IMF’s frustration over the privatisation delays, the government has pushed ahead on other reforms, the Pakistani officials said, though there is another unspoken reason why Islamabad can expect the money to keep coming with little more than a reprimand.

Western allies, and neighbours Afghanistan and India, fear an economic meltdown would create a witches brew in the nuclear-armed Muslim nation of 190 million, mostly poor people, whose fragile democracy is under internal attack from militants.

“It was embarrassing and brutal,” a senior Pakistani official present at the meeting in Dubai, told Reuters, describing the IMF’s response when mission head Harald Finger was told that the government had decided not to sell nine power distribution companies because of fear of labour unrest.

“It was nothing less than a dressing down. If the IMF still doesn’t penalise us, then all I can say is, ‘We’re very lucky,'” the official said.

The other source, a senior finance ministry official who was also in Dubai, confirmed the account.

IMF board clears $6.2b loan tranche

The finance ministry did not respond to calls seeking comment. A spokesperson for the IMF said the Fund would not comment during a mission review.

The IMF loan had helped Pakistan stave off a default in 2013, when dwindling foreign exchange reserves covered less than six weeks of imports. Pakistan’s reserves have since swelled to $20.5 billion in January from $11 billion in mid-2013.

The privatisation of 68 state-owned companies, which include loss-making enterprises like Pakistan International Airlines and Pakistan Steel Mills, is a crucial part of the IMF deal and was meant to bring the country’s finances back on track.

Such enterprises drain about $5 billion every year from state coffers, around an eighth of the government’s fiscal revenues last year of around four trillion rupees.

What needs to be done for PIA to take off again

The government has made some progress, including raising more than $1 billion by selling its entire stake in Habib Bank Ltd, but has struggled to find buyers for most of the companies and faced stiff opposition from labour unions.

Protesters clashed with security officials on Tuesday over plans to privatise the national airline, leaving two people dead. Most PIA flights were grounded on Wednesday.

Both Pakistani officials said the IMF had made clear its frustration with the delays to privatisation drive.

“The IMF is asking the obvious question: ‘Why didn’t you start negotiations [with unions] earlier? Why wasn’t this handled better at the political level?'” the senior government official said.

The Pakistani officials told the IMF that taking on the power companies’ 400,000 unionised employees was fraught with risk, and that instead the government would bring in independent boards of directors to improve management.

Pakistan has already missed last year’s deadlines to solicit buyer interest in PIA, and the officials said the government has now informed the IMF it would miss the June 2016 deadline to conclude the sale of 26 percent shares of the airline.

Pakistan will also miss its deadline to sell Pakistan Steel Mills by March this year, the officials said.

Pakistani governments problems dealing with the IMF could nudge them toward other avenues for help, like long-time ally China, which plans to invest $46 billion in a China-Pakistan Economic Corridor (CPEC), and is also leading the new Asian Infrastructure Investment Bank.

“If money from the CPEC starts coming in, it allows the government to show that something is happening and that they don’t need the IMF,” said Akbar Zaidi, a South Asian expert at Columbia University.