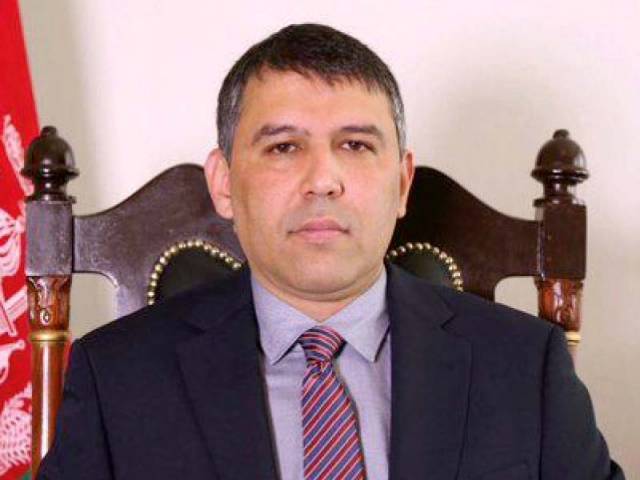 The head of Afghanistan’s top spy agency is due to travel to Islamabad today (Thursday) on a crucial visit that seeks to restore trust marred by a blame game between the two neighbours.

Director of the National Directorate of Security (NDS) Masoud Andarabi will hold talks with Inter-Services Intelligence (ISI) Director General Lt-Gen Rizwan Akhtar and other senior officials on a whole range of security matters, a security official said on condition of anonymity.

This is the first visit by the Afghan spymaster in recent months and is part of efforts by the two neighbours to sort out their differences on some of the pressing issues, including terrorist sanctuaries and better border management.

Andarabi was appointed head of NDS in December last year after his predecessor Rehmatullah Nabil resigned over policy differences regarding Pakistan with President Ashraf Ghani. Nabil was reportedly against Ghani’s decision to give Islamabad any role in Afghan peacemaking efforts. He was also believed to be instrumental in scuttling the agreement between NDS and ISI.

With his departure, both sides are now looking to make a fresh start and address each other’s concern.

Pakistan will raise the issue of ‘terrorist sanctuaries’ on Afghan soil during the NDS chief’s visit. Islamabad said Afghan soil was used by terrorists to carry out the recent deadly assault at the Bacha Khan University in Charsadda.

Soon after the attack, Pakistan’s army chief spoke to the Afghan president as well as the top US general stationed in Kabul to seek action against the perpetrators of the Charsadda attack.

Sources said the Afghan president decided to send the NDS chief for detailed discussions with Pakistani authorities on the issue. The crucial talks between the intelligence chiefs of the two countries come just two days before another round of four-way talks in Islamabad to finalise the roadmap for the Afghan reconciliation process.

There have been flurry of high-level exchanges between the two countries since President Ghani visited Islamabad on December 8 to attend the Heart of Asia conference. In a follow-up to his trip, army chief General Raheel Sharif travelled to Kabul on December 30. During the visit, both sides had agreed to take a number of steps to improve military-to-military relations.

“The purpose of these contacts is to ensure that the two sides deal with common challenges more effectively,” the official said.