What Imran Khan needs to take into accoun­t is the kind of materi­al being taught in K-P’s textbo­oks
By Imtiaz Gul
Published: February 3, 2016
Tweet Email 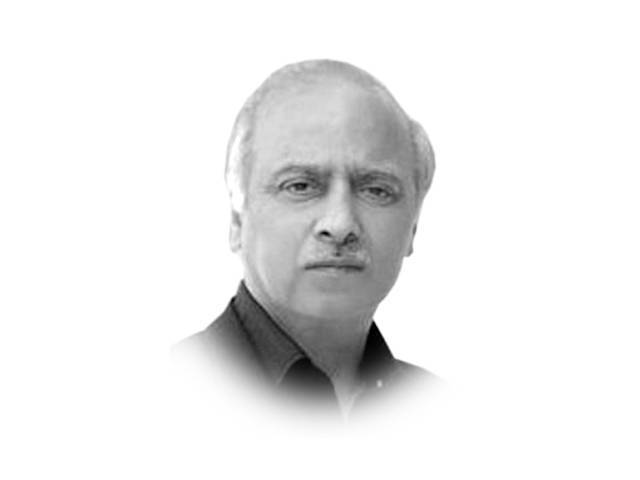 Imran Khan and company are getting ready to stage street protests again. The electoral fraud saga refuses to fade from Khan’s narrative. “I will continue fighting the forces of status quo,” he insists. While he draws derision from his detractors due to his fixation on what many consider is his ‘quest for power’, he faces a minefield of issues in the province his party is ruling. One of the battles he faces, and which all parties need to fight on a war-footing, is on the education front. This becomes even more pressing if a recent private review of some of the textbooks being taught in Khyber-Pakhtunkhwa’s (K-P) schools is any indicator.

The security threat in K-P stands out and has been spelt out by Umer Mansoor, the man who sent four suicide bombers to Bacha Khan University. In his video message, he threatened to target educational institutions because “this is the place where lawyers … military officers … members of the parliament are made … we will target and demolish the foundations”.

The second and more critical front that Khan needs to take into account is that of the kind of material being taught in K-P’s textbooks. The review, undertaken by the PEAD Foundation and led by social activist and human rights defender Tahira Abdullah, attempts to scrutinise K-P’s public sector education curriculum and textbooks from 2002 to 2015. The review is an excellent tour de reason through the province’s textbooks and offers food for thought to all those who dream of a youth raised on ideals of diversity, inclusion, and respect for human and women rights. It also points out how little the textbooks offer in terms of inducing critical and analytical thinking among students.

Consider what the last chapter in the class five Islamiyat textbook has to say. It lauds conquerors Muhammad bin Qasim and Mahmood Ghaznavi for their “occupation” of the subcontinent, and accuses Hindus of “plotting to subjugate and enslave Muslims of the subcontinent upon gaining independence from the British”. But “Muslims considered enslavement to Hindus worse than to the British” (pp58-60).

Some of the textbook reforms undertaken during the Awami National Party era, the review suggests, hardly differ from the one designed by the preceding MMA government, with many English grammatical mistakes remaining uncorrected. The current English textbook, too, is almost exactly the same as it was during the 2008-2013 period.

All the people involved in producing textbooks are men: writers, reviewers, editors, coordinators and supervisors. The English language textbook includes five poems — none by a Pakistani author. Some have foreign words and names which Pakistani children may find hard to relate to. Similarly, the prose-based chapters do not contain meaningful messages and there is little mention regarding the importance of peace, respect for women and social values, either through stories, essays or exercises. Pointing to some exercises and anecdotes in the textbooks, the review identifies the usual stereotyping of gender-based roles and images, as well as insensitive expressions about non-Muslims.

The English textbook for class 10 includes Islamic religious material, which is already a part of the Islamiyat textbooks. This amounts to unnecessary repetition for Muslim students and a forced study of Islam for non-Muslims. Most textbooks ignore or underplay the existence and role of minorities, and non-Muslim heroes and eminent personalities.

There are numerous inaccuracies, anomalies, cliches and references related to religion in the textbooks, which can easily undermine social peace, harmony as well as the concept of equal citizenry. This represents the real challenge for both the provincial and the federal governments. What is needed is collective action to reform our curriculum.