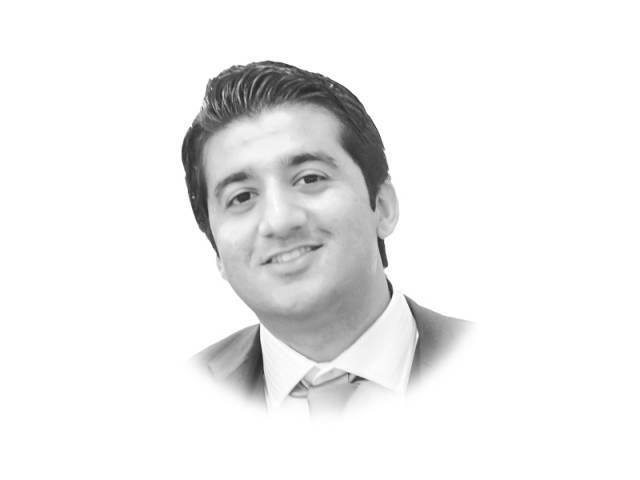 The writer is a PhD candidate in Economics at the University of Warwick, specialising in Monetary Economics

In a recent Op-Ed that appeared in this newspaper, the honourable Federal Minister for Planning, National Reforms and Development, Ahsan Iqbal shared his vision for Pakistan’s short-term and medium-term growth trajectory. Communicating a common agenda that specifies measurable outcomes the government wants to achieve and the major interventions required to reach them with the general public is welcome.

While the comprehensive nature of the Op-Ed cannot be questioned, the analysis raises some serious misgivings, divulging the somewhat ambiguous and faulty priorities of the government. I focus on two such issues — tax reforms and the malaise of declining exports and their consequences for Pakistan’s economic agenda.

Firstly, tax reforms seem to be quickly becoming the Achilles heel of the government. The issue remains Pakistan’s low tax collection due to its narrow tax net, with its per capita tax collection being one of the lowest in the world. An alarming less than 0.5 per cent of the population pays income tax and files tax returns.

The numbers on tax collection sector-wise speak for themselves. While large-scale manufacturing and industry carries the burden of taxation by contributing an estimated 73 per cent to the total tax revenue of the government, agriculture has a share of less than two per cent in total tax collected, despite contributing approximately 20 per cent to the GDP. The tax contribution of the services sector is less than half its share of GDP, with financial services and telecommunications being the major contributors. Traders, at the forefront of agitation against the withholding tax introduced by the government last year, pay only one per cent of tax revenue despite contributing 18 per cent to the GDP. Both agriculture and trading are massively under-taxed, and the challenge for the government would be to bring them into the tax net.

The behaviour of the government — whose voter base comprises largely traders — suggests that its tax reforms seem to be based on political expediency rather than on economic reality. A restructuring of the FBR by insulating it from the political system offers one possible long-term solution to the problem of a narrow tax net. ‘Grand’ tax amnesty schemes such as the one recently offered by the government have failed spectacularly in the past. This remains true for reforms in other sectors as well, such as the privatisation of 16 state-owned entities under the current IMF programme. Overall, this reflects the misplaced priorities of the government that is keen to be more populist than visionary.

Secondly, Pakistan’s non-oil trade deficit is widening. According to a recently released State Bank report, non-oil trade deficit has reached a seven-year high of over $3 billion in the first quarter, which is the worst it has been since early 2008. As many independent economists have pointed out, this is primarily due to the dismal performance of exports, which have contracted to $10.3 billion in the July-December period.

Critically, the principal reason for the fall in exports is due to Pakistan’s ‘managed’ exchange rate float, which has led to an appreciation in the exchange rate. This has caused a significant decline in competitiveness as exports have become more expensive and foreign consumers have shifted to other markets while home-based consumers have substituted to imports. In general, this has had a negative effect on local industries, such as cotton textiles and apparel — which comprise more than half of the share in exports — as well as on products like rice, leather and synthetic goods.

This loss in exports has deeper repercussions for the growth in Pakistan’s economy. GDP growth in the country is driven primarily by growth in exports and manufacturing. If the government misses its targets for these two sectors due to structural reasons, security concerns, the energy crisis, an unfavourable business climate or due to a significant real exchange rate appreciation, Pakistan would miss its GDP growth rate target. This implies that Pakistan’s economy can expect substantial reductions in employment, incomes and profits, not to mention problems in sustaining the standard of living, unless the government re-evaluates its economic priorities.

Increase in economic growth, employment, literacy and equality require painful structural and institutional reforms, which might not necessarily be vote-grabbing initiatives. Riding on the CPEC wave will only get us so far unless we truly reform our economy. One hopes that the government is planning for Pakistan’s long-term growth agenda and not for the next general election.