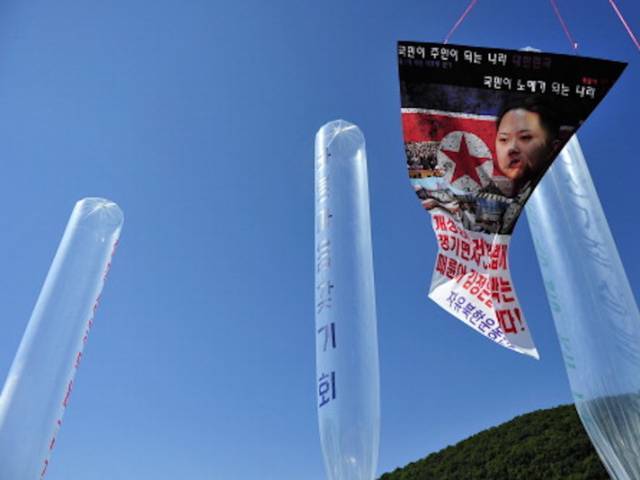 However, little did South Koreans know that it would take the propaganda warfare to an unprecedented level. Within a week, the North responded by floating balloons into the South filled with used toilet paper, cigarette butts, and propaganda messages.

The balloons fitted with a timer and a small explosive device are designed to drop their payload in the South and spread crude propaganda messages.

While some of the propaganda messages read, “Stop the anti-North psychological warfare broadcasts that light the fuse of war,” others encouraged locals to, “Knock out the gang of [South Korean leader] Park Geun-hye.”

Tensions between the two Koreas escalated once again after North Korea on January 6 claimed that it had carried out a “successful” hydrogen bomb test.

International condemnation was swift with neighbours South Korea and Japan decrying a gross violation of UN Security Council resolutions, while the White House said it was still studying the precise nature of the apparent test and vowed to “respond appropriately”.

“The republic’s first hydrogen bomb test has been successfully performed at 10:00am,” North Korean state television announced. “With the perfect success of our historic H-bomb, we have joined the rank of advanced nuclear states,” it said, adding that the test was of a miniaturised device.

Earlier in December, North Korean leader Kim Jong-Un suggested Pyongyang had already developed a hydrogen bomb. The claim was questioned by international experts and there was continued scepticism over Wednesday’s test announcement.

The article originally appeared on The Telegraph.