Busine­ss is boomin­g becaus­e there are not enough mosque­s and Muslim semina­ries in the West to meet demand­
By News Desk
Published: February 3, 2016
Tweet Email 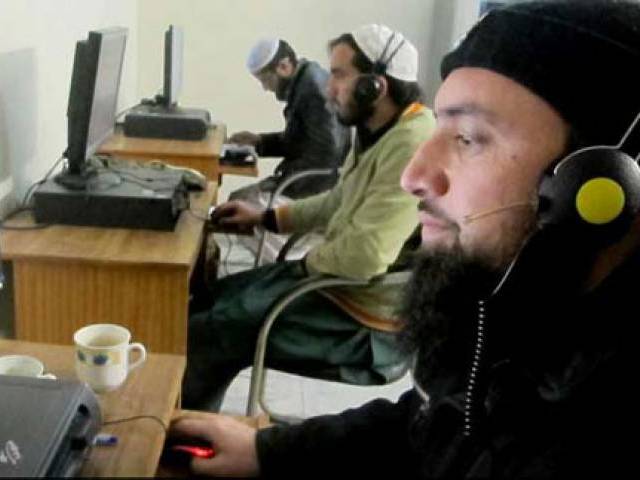 The business of teaching from thousands of miles away, using new technologies such as Skype, is booming because there are not enough mosques and Muslim seminaries in the West to meet demand, according to Pakistani entrepreneurs.

“People in the US, Canada and UK are always telling us: We do have mosques, we do have proper setups, but we can never find one-on-one lessons,” Usman Zahoor Ahmed, 32, owner of ReadQuranOnline.com said.

“And in this current atmosphere, they want to know what kind of teaching is being provided to their children — they want the lessons in their home, where mom or father is always watching,” he added.

Ahmed started his call centre eight years ago with only two employees and just a few students. Now, however, he employs 22 teachers who work all night teaching 320 students, about 40 per cent of whom live in the United States.

According to Ahmed’s brother Saqib, who helps run the center from the basement of Ahmed’s house, more than 50 similar centers operate in Pakistan, and at least one has more than 1,000 students.

A teacher at the centre, Safeer Ahmed, 20, says, “I already got the education but now feel it’s my service to spread it and teach it to others.”

Although, law enforcement officials in Europe and the United States have warned of the danger of Westerners becoming radicalised online, Ahmed said fears about online radicalisation have little to do with legitimate Internet businesses that match students with online teachers for a tour through the “basics” of Islam.

“If someone asks about jihad, which they rarely do, we would answer it with a strict interpretation of Islam. Jihad is something only allowed by a state — it’s not an individual thing where someone can resort to a gun and take up weapons,” he said.

The centre offers students a 30-minute lesson five days a week for about $25 a month. Initially, the lessons focus on the proper pronunciation of Quranic verses. There are also pictorial lessons on daily Muslim practice – praying five times, for example. The lessons then move to translating and interpreting the Quran, which requires eight years of daily lessons.

Online Islamic teaching centres are on the rise but Ahmed doesn’t mind the increased competition.

“There will be 3 billion Muslims around the world [by 2100], and they are all our market,” he said. “All you need is a computer, microphone, headset and Skype.”

Shaukat Ullah Khattak, a religion scholar who runs a seminary in northwestern Pakistan, said such courses fulfill the spiritual needs of students and teachers.

“It’s mandatory for every Muslim to learn the Quran and spread it to others. Online Quranic academies are doing great service . . . and kids in the West are now taking a keen interest,” Khattak said.

Quran teaching soon to be compulsory until class X: minister

However, Edgar Hopida, spokesperson for the Islamic Society of North America, said Muslims in the United States are focused on building their own educational institutions.

“We don’t see people turning to Pakistan or other countries to learn the Quran,” Hopida said. “It’s easy to learn here in America.”